Entertainment
For BBC1, entertainment controller Kate Phillips is after “big ambitious ideas – but ones that can realistically be made in current conditions”. This means shows filmed domestically and in social bubbles.

Drama
There are gaps for 2021 and 2022, says drama controller Piers Wenger.

Controller Patrick Holland is looking to build on the critical success of Once Upon a Time in Iraq and Rise of the Murdoch Dynasty that are challenging in tone and form, with ‘a BBC2 specificity that revels in the characters’ behind the story. An upcoming example is Story Films’ look at the formation of the football Premier League’s impact on modern Britain.

With Race Across the World on pause and international filming tricky, Holland wants help with fulfilling BBC2’s mission to bring the world to its audience with adventure: “We need to think about how we do that in a world where we can’t travel.”

Head of documentary commissioning Claire Sillery wants factual shows that will do dual work for the channel and for iPlayer. These fall into four categories:

A sense of scale and ambition (e.g. Once Upon a Time in Iraq)

Sillery adds that BBC2 needs to surprise and producers should not be “second-guessing” the channel. BBC2 does not get pitched much like Inside Monaco, she said, as people think she won’t like them or they’re the wrong fit for the channel.

Jack Bootle, head of commissioning, science and natural history, wants the genre to have some of the ‘narrative box-sets’ enjoyed by factual. For him, this means:

Thrills and spills’ storylines with cliff-hangers

“Post-covid, we're trying to keep it business as usual,” said BBC3 controller Fiona Campbell. “We want to go faster but have to go slower – but we’re already talking about 2022/2023 in doc and fact ent.”

Campbell reckons BBC3’s young audience has some specific concerns that should be reflected across its genres: the struggle to succeed, finding out who you are and who you’re going to be, and where you’re going to live.

Shows such as The Young Offenders, Man Like Mobeen and Hot Property have reached less well-off audiences, who have been hit hard by the pandemic. “Thinking constantly about what that audience wants and needs is an obvious thing for a PSB,” she says.

In factual entertainment, Campbell wants “big noisy shows in the ‘wind-down’ space” to join the likes of Ibiza Dreams, Squad Goals, The Rap Game and Glow-Up.

BBC1 will continue to look for pre-watershed comedies to join Ghosts and The Goes Wrong Show, while on BBC2, there's more ways to play with the genre.

Patrick Holland pointed to Mandy and Semi-Detached as shows that use tropes of farce or being daft and absurd. BBC2 is also plunging viewers into specific worlds and Holland champions Alma's Not Normal, from the “amazing, unique voice” of Sophie Willan. “Challenge us in terms of form,” he says.

Meanwhile, comedy controller Shane Allen observed that particularly on BBC3, “Ten years ago comedy was about taboos; today, it's about identity”. He wants comedy to bring joy to the schedules. “I'm not sure comedy needs to dwell on the lockdown experience,” he said. Drama's there to depress people or watch young people have sex.”

Allen says the delayed launch of the British Comedy Foundation at the end of September will open up a “brilliant range of marginalised voices”.

“In comedy, we're not trying to go for a global hit,” he says. “If it becomes one, like Fleabag, so be it - but we’re about backing new talent and reflecting Britain.”

Director of television Kevin Lygo is “assuming” Love Island can return next summer, but doesn’t know when The X Factor will return. His call to producers is for “more reality, more fun entertainment – which could be stripped, or could be live”.

Love Island has, he says, “shown us what can happen when you get something right”. He said that when event shows cut through and become a must-watch, they offer a competitor advantage over streamers. But think beyond dating shows – “we've got the brand leader”.

For next year’s ‘Black Takeover Day’, set to take place a year on from the murder of George Floyd, Channel 4 will soon be briefing on how to pitch for a new original scripted comedy led by black talent. It also aims to use the day as a springboard for an ambitious unscripted prime-time series providing “an authentic look at Black lives on screen”, as well as a new one-off late-night live topical discussion show.

Across all genres, director of programmes Ian Katz wants “joy and escapism”, as exemplified by the revived British Comedy Awards.

On budgets, Katz says: “I'm sure many indies have made shows for us on very lean margins in 2020 - we had a small pot of money to spend and we had to stretch it to cover the year. We really valued their resourcefulness and spirit of common endeavour of keeping the whole show on the road.”

Now the advertising market is starting to pick up, Katz says there will be more of a mixed economy. “Some of our biggest shows of past six months have been made very cheaply and we will take some of this forward and bake into our productions.”

Director of programmes Ben Frow has a vision of making Channel 5 “riskier and more alternative but without alienating viewers” over the next four to five years and expects to start culling shows at risk of going stale.

He wants pitches to be about “solutions for the schedule”.

“I’m a bit surprised no-one ever says we're “a bit weak at 8pm on Wednesday” or whatever,” he says. “I want someone to say, 'here's where you've got a problem and I'm going to get you out of a hole’.”

Royal programming will continue – Channel 5 has aired at least one a week this year and every time Frow thinks they have reached saturation point, another one will rate well. His personal Anne Boleyn obsession continues unabated.

Sky UK and Ireland managing director of content Zai Bennett is looking for shows that skew a bit younger for Sky 1’s 2021 schedules – think “adults watch with teens” rather than “young adult”. His touchpoints are Stranger Things and Sex Education.]

In comedy, he says, odd couples “work a treat”: following Bill Bailey and Idris Elba in In The Long Run and Nick Mohammed and David Schwimmer in Intelligence, next year will feature Samson Kayo and Jane Horrocks in Bloods.

Head of entertainment Phil Edgar-Jones meanwhile wants to build on Dynamo’s recent show with more events that play at 9pm with “a bit of an edge”.

The newly-launched Sky Documentaries channel will have a steady stream of US docs made for HBO and Showtime. Barring the odd co-pro, this leaves documentaries and factual director Poppy Dixon looking for “strong British made and British-set stories”.

Dixon is not looking for closed-ended episodic shows, returnable series or presenter-led programmes but wants narrative singles or two partners: “Be bold and think theatrically - the vision for the story will tell us if we want it.”

Netflix director of unscripted originals and acquisitions Nat Grouille wants entertainment format pitches that set out to answer fill “white spaces”: “What if people had to live on an island? That’s Survivor. What if people all lived in a house and you could watch? That’s Big Brother. We are looking for those big questions in all areas.”

Meanwhile fellow Netflix director of unscripted originals and acquisitions Sean Hancock wants “four-quadrant family entertainment - the really big, ‘zeitgesty’ hits”. As for how to sell your idea to him, he says: “We want simple pitches that you could explain to a caveman.”

With only six or so commissions a year across all genres, director of European Amazon original series Georgia Brown wants shows unlike any other recent or current production.

“I repeatedly get pitched cars,” she says. “Our audience love it but they’ve got it with The Grand Tour and its team’s solo shows.”

Brown is spelling out that ambition does not just mean big-budget. “I want super-sized shows that are big, bold, beautiful and distinctive. We like to tweak things and give them a distinct flavour, but that doesn’t mean it has to cost another £1m.”

One misconception, she says, is talent – Amazon is open to new faces. She also refutes that Amazon has a ‘blokey’ line-up: “It’s very stereotypical to say ‘it’s about cars and football, women won’t watch. More fool them,” she says, citing the emotional core of formats such as football doc All or Nothing.

The strand typifies the appeal of access docs to Amazon, as they can tap into fanatical audiences.

Brown’s only caveat is that the streamer likes to come in early and be hands-on.

“We know our audience,” she says. “Every show we commission we class as a ‘hero show’ – has to be big and need weight of the studio behind you. Pitch a log-line, a sizzle, an article – if we’re excited we can work with you to tweak that. It’s tricky when people send something fully packaged.”

Brown said she would love to tackle real crime but only in ways that other channels and streamers have not. “It taps into local stories, which is very attractive to us.”

President of programming Rob Sharenow says he is “heavily invested in finding new formats” for Lifetime and is eyeing UK producers to make them.

“We’ve had so many successful formats that we’ve grown a little fat on them, and some of them could be cycled out,” he says. “We need to replace some of those heavy hitters with new formats.”

Relationship programming such as Married at First Sight remains a “very fertile area of production in development” as it is “high-drama, female-focused, real and fun”.

Meanwhile, on A+E’s History channel, he wants to “open the aperture of history”, building on formats such as Food That Built America.” 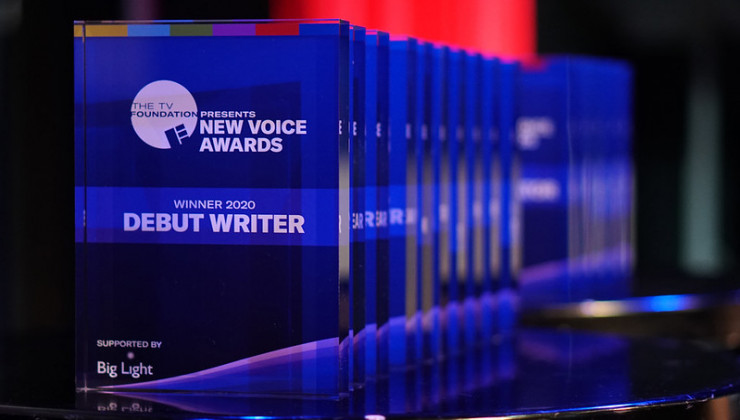 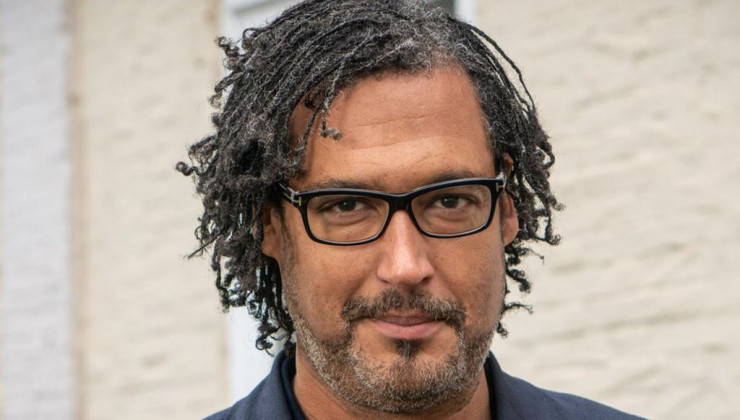 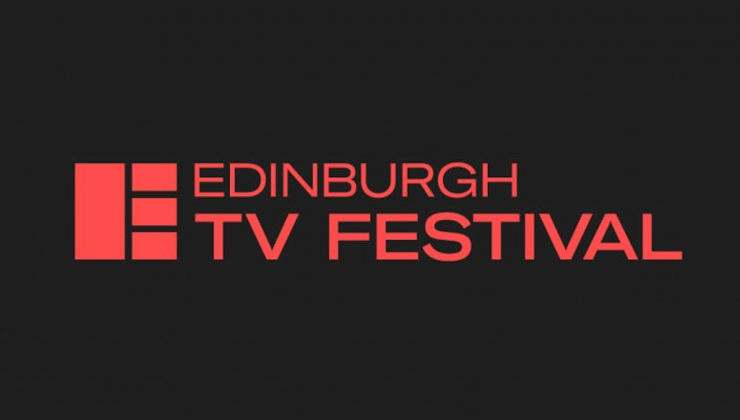