Criminal barristers and Caribbean billionaires are to feature in the latest commissions from Channel 4’s Black to Front initiative.
Spring Films has won a four-part order for The Defenders (working title), which will follow primarily Black barristers working at London’s 25 Bedford Row from the moment they are assigned a case to receiving a verdict.
The series will also talk to them outside of work about their lives and relationships.
Spring Films has previously looked at the criminal justice system in C4 docs Prison and How to Stay Out of Jail.
The series producer is Garfield Carrott, whose credits include Minnow Films’ C4 series SAS: Who Dares Wins; Boom’s Dave show Big Zuu’s Big Eats; and Gold Wala’s BBC3 show My Mate’s a Muslim.
The directors are Miriam Lyons, who helmed Channel 5 docs The World’s Most Luxurious Prison and Gypsy Kids: Our Secret World, both for Knickerbockerglory; and Jermaine Blake, who has worked on The Garden’s long-running C4 series 24 Hours in Police Custody and Raw TV’s ITV series Heathrow: Britain’s Busiest Airport.
Meanwhile, Spun Gold is heading to the Caribbean this winter to make four-part doc series Billionaires’ Paradise (working title), which will meet the self-made business owners living on the islands.
Building on Spun Gold’s success with C4 series Britain’s Most Luxury Hotels, the series will also look inside the islands’ lavish hotels that play host to the billionaires’ party lifestyle.
The series producer is Zuelika Brown, one of The TV Collective’s Breakthrough Leaders 2021 who was an edit producer on Cr8tive/Optomen reality show Highlife, which debuted on C4's Black To Front Day and has amassed credits on reality shows such as ITV Studios’ Love Island and I’m a Celebrity…Get Me Out of Here! and BBC Studios’ Strictly Come Dancing.
Spun Gold managing director Deaniela Neumann said: "We’re thrilled it is being produced by a very talented crew made up of people of colour. Increasing diversity and inclusion at Spun Gold is incredibly important to us, and I’m really pleased that working alongside Channel 4, we are providing more opportunities in the industry through this series and in the longer term.” 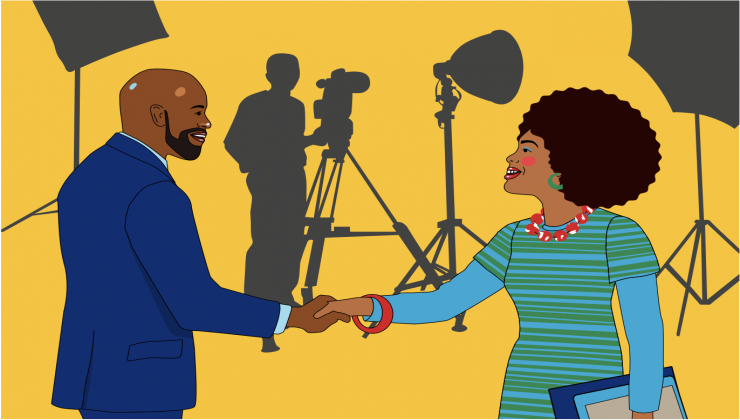