This week we speak to Kate Misrahi, Director of 'Amol Rajan Interviews Sundar Pichai' for BBC 2. She tells us about how she tackled interviewing the hugely influential CEO of Google remotely and how her team worked together to make sure they delivered a programme that felt less like a standard sit down interview and instead a real documentary with a look and tone that remained interesting and engaging.

"When the CEO of Google agrees to an in-depth interview, with no pre-vetted questions and where nothing is off limits, you jump at the opportunity. That's what the BBC's Media Editor Amol Rajan did when Sundar Pichai invited him to his Silicon Valley campus in June 2021.

As the first guest in Rajan's new BBC2 interview series with influential global figures, Pichai was quite a catch. Not a household name perhaps, but certainly a major force in shaping our 21st century world.  With an annual salary ranging between $7 and $281 million, Pichai heads up one of the most powerful tech companies in the world, which is pioneering advances in AI and Quantum Computing.

When I was asked if I'd like to work on the project as PD, I hadn't heard of either Pichai or Quantum Computing. But, like Amol, I was keen to find out more about the man who is, whether we like it or not, steering us into a new AI-dominated world. Thankfully, my job was not to grill him on the ethics of the company's data harvesting or its market capitalisation, which at $1.6 trillion, makes it richer than Saudi Arabia, Australia and Switzerland. That was Amol's job, who was brilliantly assisted in his meticulous research by his BBC News producer Elizabeth Needham-Bennett. 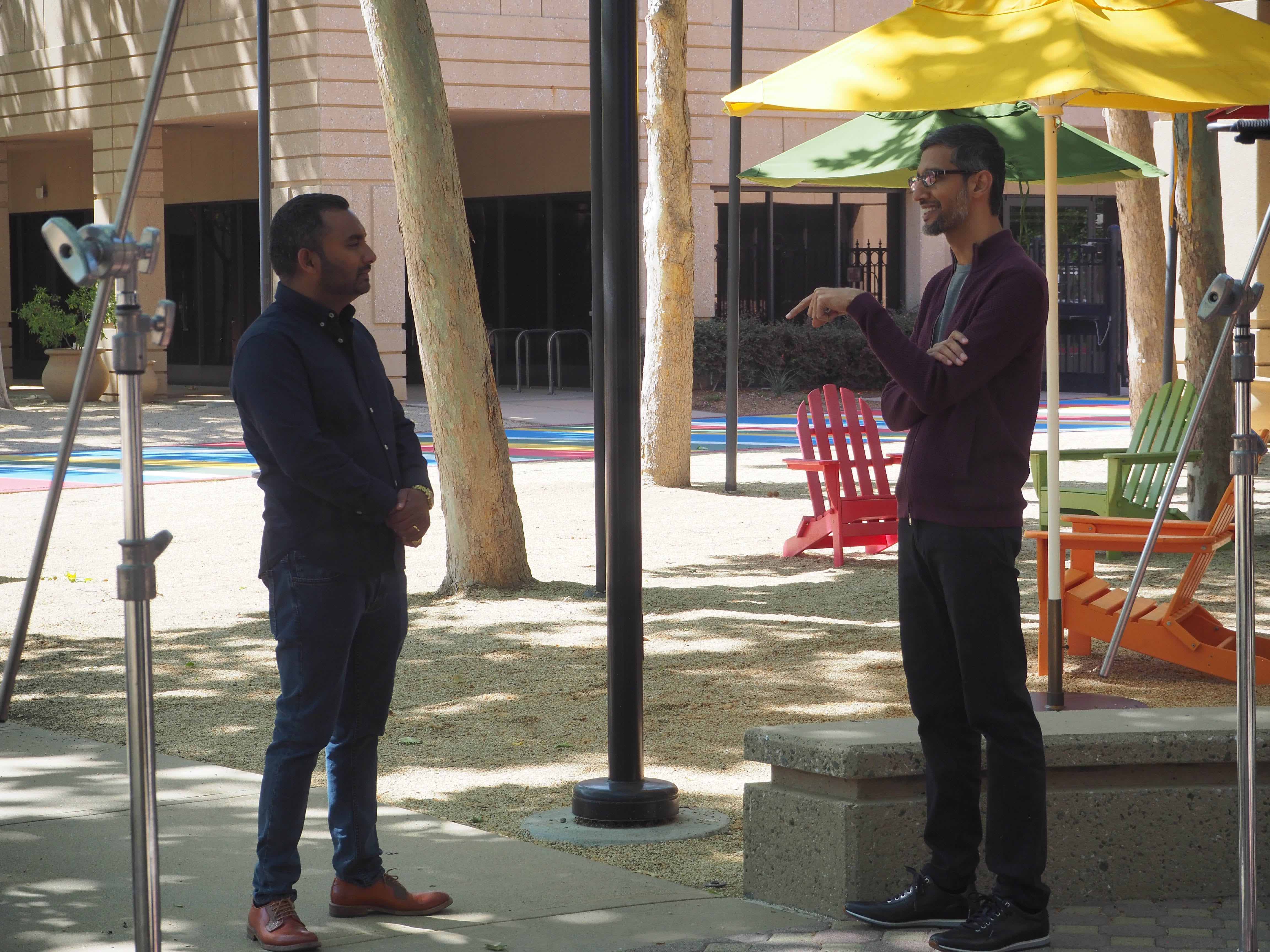 My job was to make the hour-long programme look and feel more like a documentary profile than a classic, no frills sit-down interview. There was a problem though. I didn't have a current iVisa so was unable to travel to California to direct the two-day shoot. So, I did what every PD faced with a remote shoot does and immediately contacted my favourite DoP in LA. He wasn't free but put me in touch with another like-minded DoP, Marcos Durian, knowing that a successful remote shoot would only work with someone I clicked with and trusted both visually and editorially. Over several late-night phone calls, we devised the look and tone of the interview, which involved a more informal walk-about on the Google campus before Pichai and Amol sat down to tackle the nitty gritty of tax evasion and the recent antitrust charges levelled at his company. 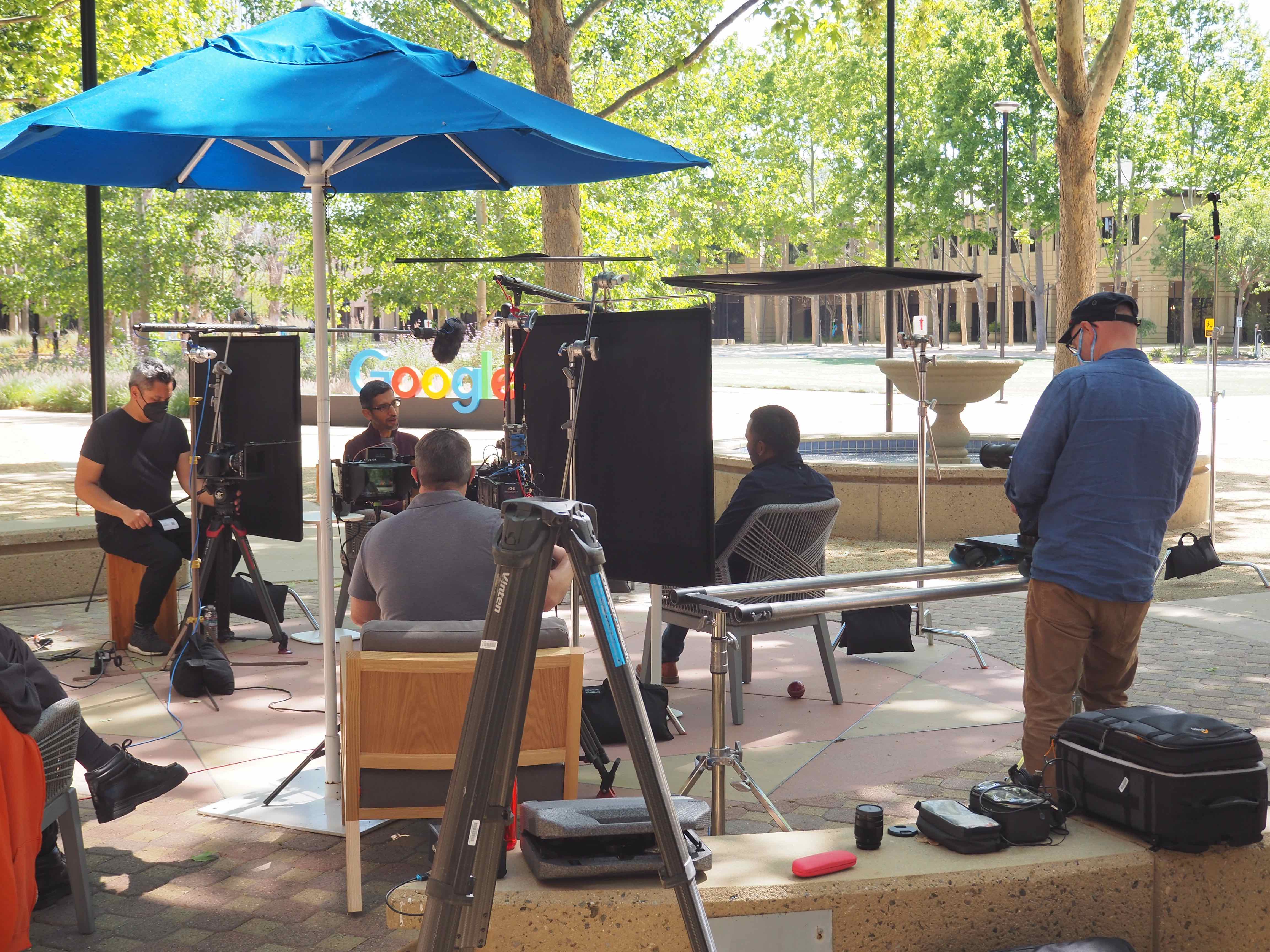 The tenacious go-between was Elizabeth, who was constantly pushing Pichai’s protective PR for more time with their boss and access to Google's new green, state-of-the-art Thomas Heatherwick designed HQ. We weren't granted the latter but were given pretty free reign to wander around the deserted leafy campus and even managed to persuade Pichai, a keen cricketer like Amol, to bat a few balls at the end of their 90-minute interview. The fact they shared an upbringing in S.E India certainly helped swing that. And although Pichai is very protective about his personal life, he did also allow us to use some lovely family snaps of him as a Silicon Valley geek teen. 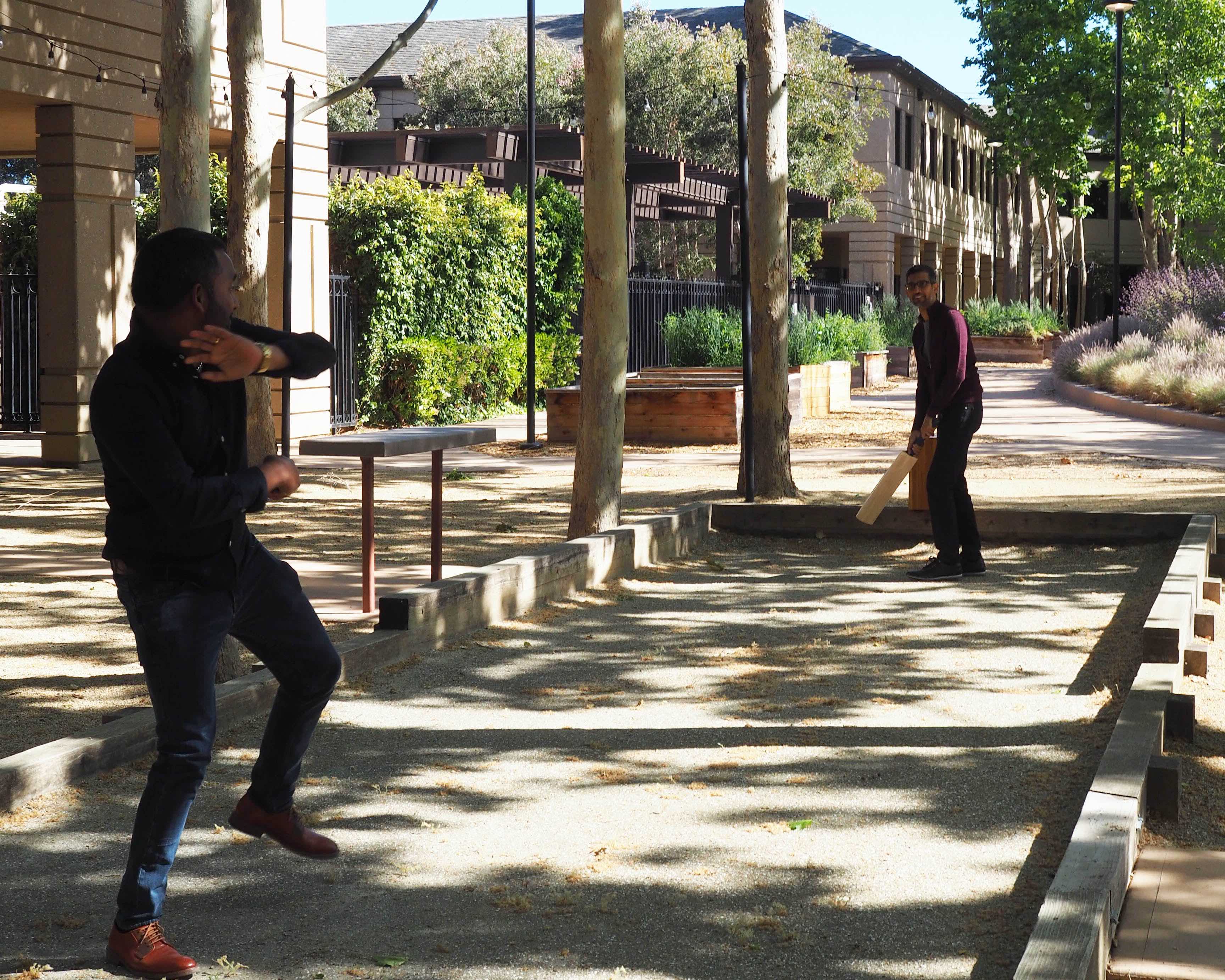 Because of the 8-hour time difference, I was unable to direct the shoot as it took place, so we hired a local Bay Area PD Jon Taylor to oversee the 4-camera sit-down interview and Amol's PTCs for the pre-title and the short introduction to Pichai. Because of the outdoor shoot, Covid restrictions were minor.

The whole script was written by Amol, not always a given with presenters these days. All I had to do was tweak it and speak to Marcos about how I wanted the PTCs to be shot. My main task was to sift through BBC archive to produce a visually enticing pre-title that would set up the big themes that Amol aims to tackle across the 8-part series.  And to think of playful ways of breaking up the interview – chapter headings made up of Pichai’s quotes on AI mixed in with quirky1950’s archive of talking robots was one way.

I was also asked to devise a new title sequence, which I storyboarded with a superb graphic designer called Ben Harrison. Marcos was fully briefed on how the moody looking shots of Amol were to be shot for the titles (at a very high frame rate so that archive images could be superimposed onto and into Amol’s face - I just hope the makers of True Detective see it as a homage rather than a rip off!). As a huge fan of Jamaican ska, the reggae-inspired titles track that Francis McDonald composed delighted Amol, who was probably the most generous presenter in thanking everyone on the Amol Rajan Interviews team for their efforts. I’d certainly jump at the opportunity to work with him and the excellent team again." 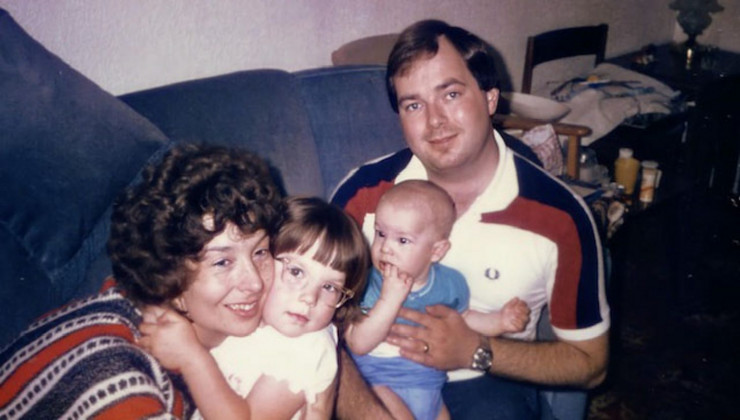 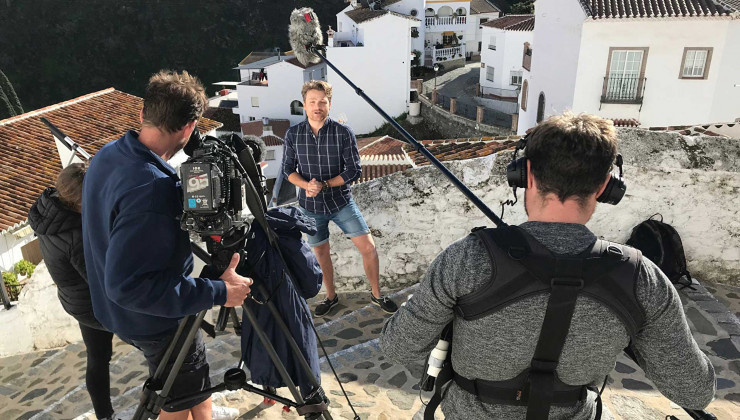 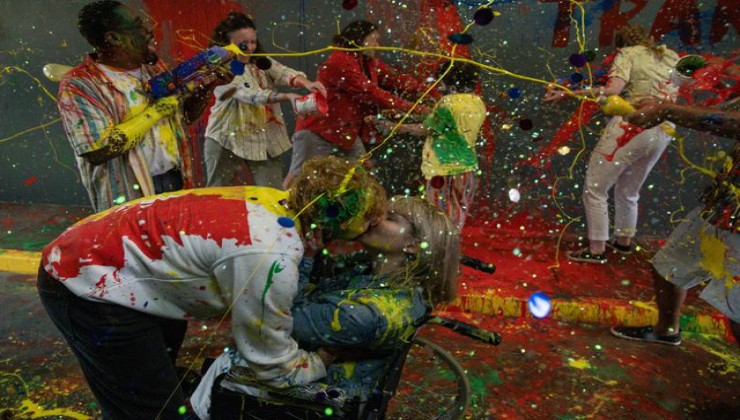