COLLATE LISTS OF UNDERREPRESENTED GROUPS AND STORE  IN YOUR NETWORK

The law  allows you to create lists of diverse candidates - or people you rate - based on their protected characteristic. And you can use those lists to recruit - as long as they are not your only method of seeking or selecting candidates. The database or list must also comply with the Data Protection Act (DPA). That means that the individuals must have given consent to what, why, and where this information will be used. It must not be shared for other purposes, and must be kept up to date – just like The Talent Manager. So you can create a diverse list on the TM, but you must not restrict this as your only method of finding talent, you must also search our wider database. When using the TM, that happens automatically - and a digital audit trail created so recruiters are covered.   Here's some visuals of the tools and reporting The Talent Manager has built.  Below see more details of recommendations from Ofcom and the Equality and Human Rights Commission including this handy guide on what employers can and can't do legally when it comes to trying to increase the diversity of their workforce. 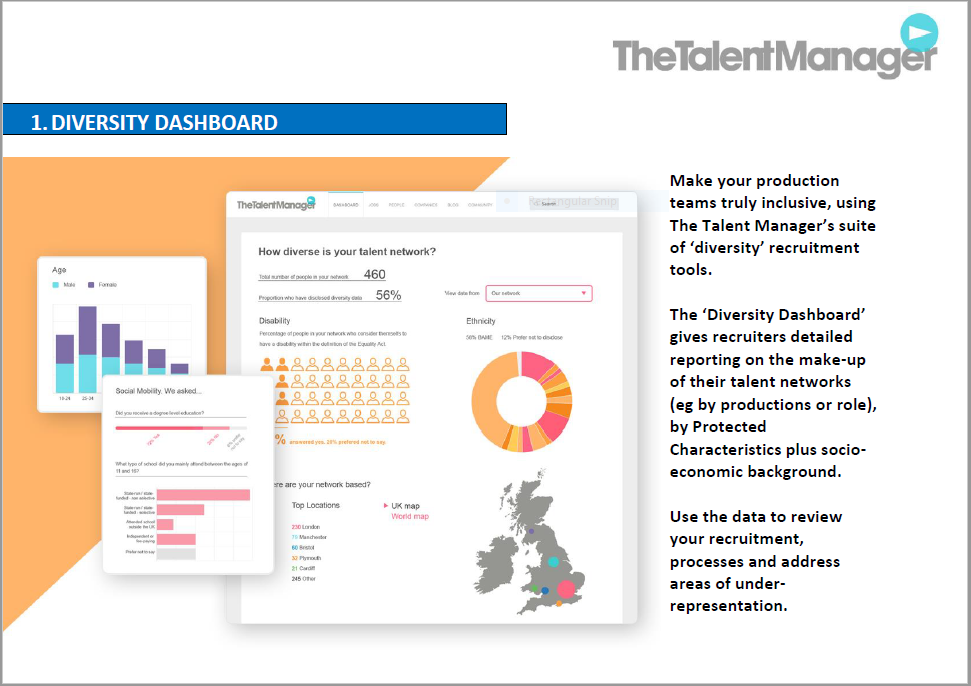 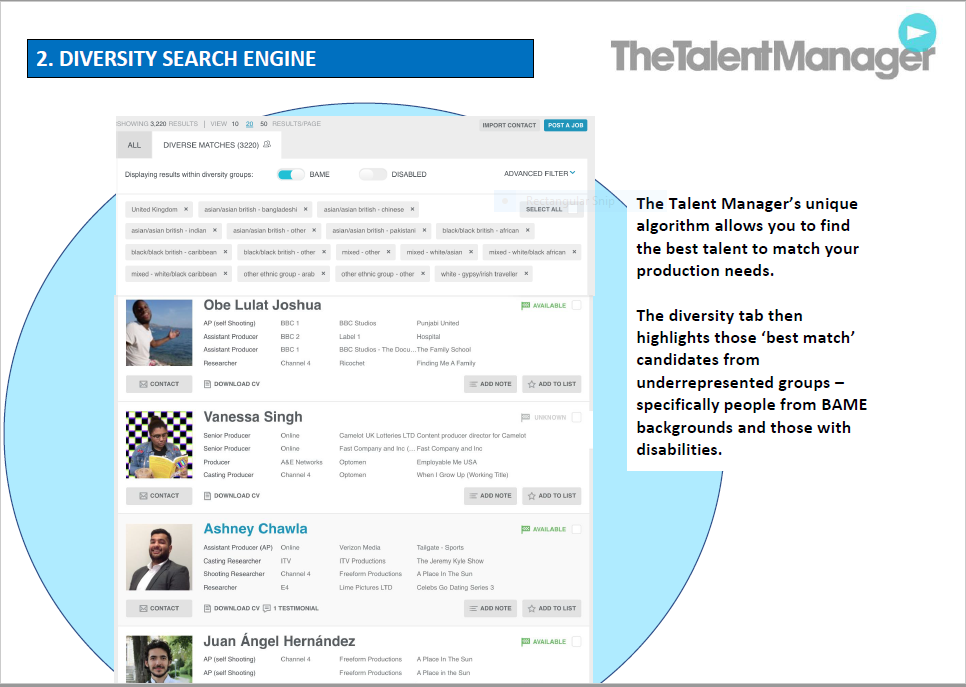 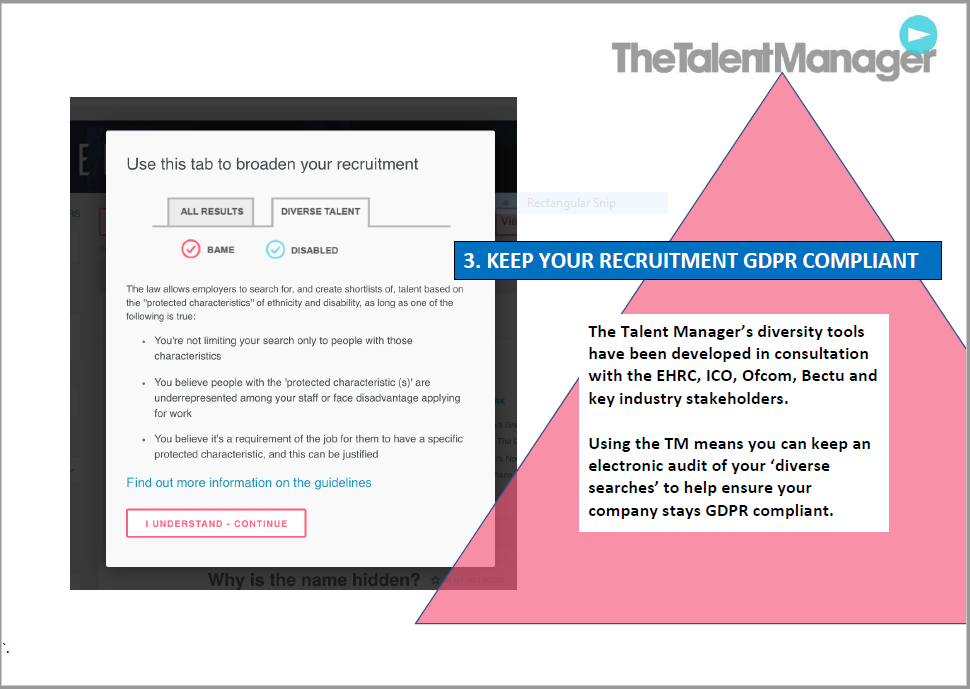 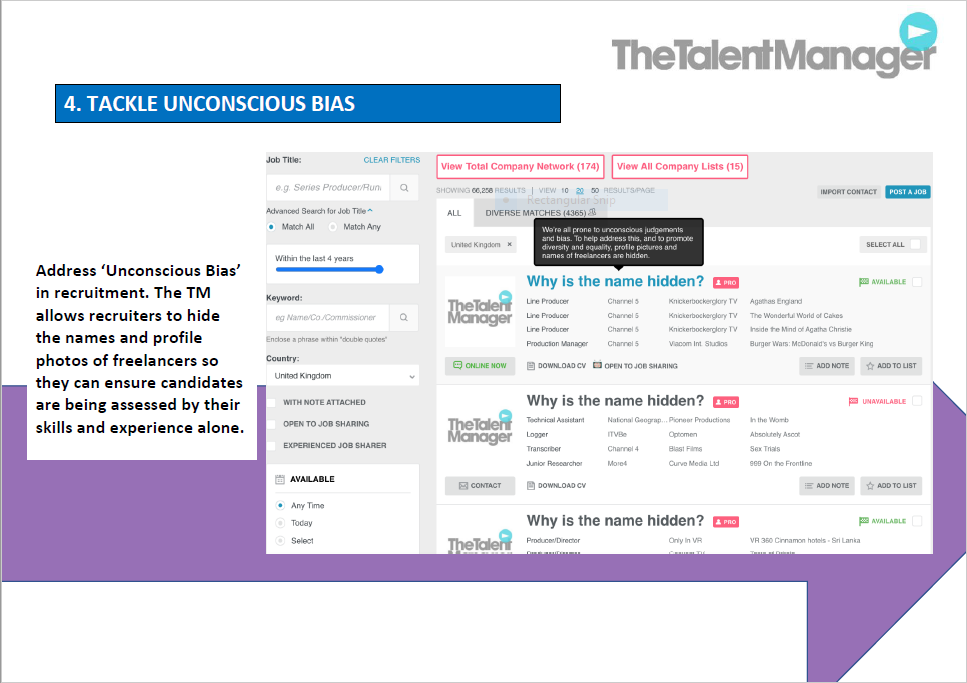 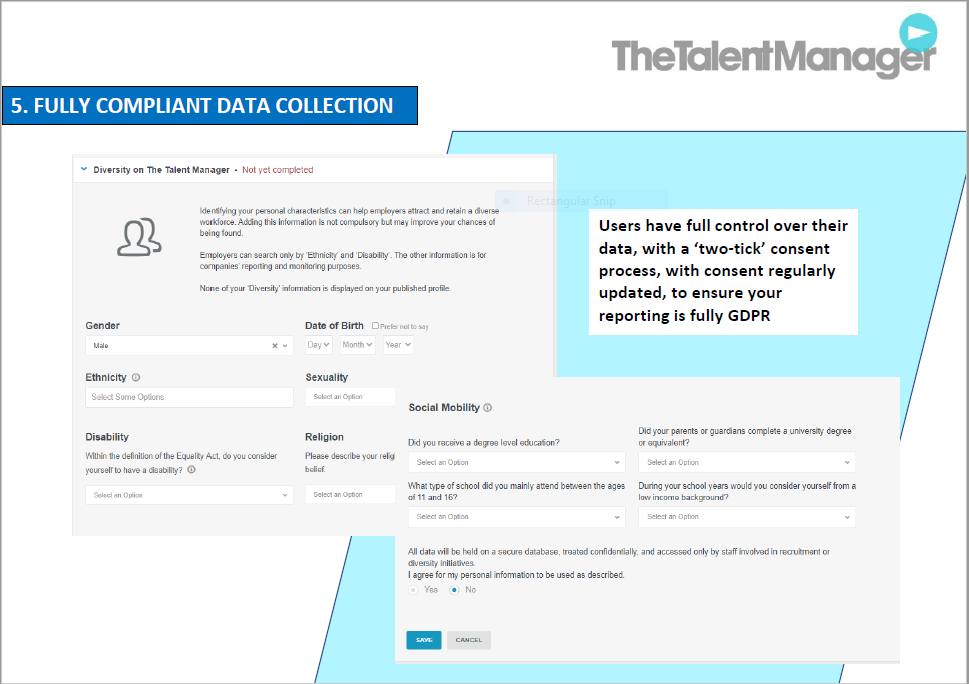 Discrimination and positive action in law

Ofcom and the Equality and Human Rights Commission have published a handy guide on what employers can and can't do legally when it comes to trying to increase the diversity of their workforce. Here, we've highlighted the key findings.

The Equality Act 2010 says everyone should be treated fairly, recruitment should be on merit, and that the recruitment process be fair and transparent.

You can make exceptions – if, for example, having a particular ‘’characteristic’’ is a genuine requirement of the job.

And you can take some positive steps to encourage people from under-represented groups, such as

So how can you promote fairness and diversity in your workplace?

When building a new team, especially if your contacts are predominantly White, of a certain age, or gender. This practice can maintain the lack of diversity in the industry. AVOID OFFERING UNPAID INTERNSHIPS

Given the links between socio-economic disadvantage and some ethnic minority groups and people with disabilities, these internships can reduce the proportion of new entrants from under-represented groups, as does treating free internships as a plus point when reviewing CVs.

OPERATE GUARANTEED INTERVIEW SCHEMES FOR THOSE IDENTIFYING THEMSELVES AS DISABLED

The Equality Act does allow recruiters to treat disabled people more favourably than those with other protected characteristics, or none at all. You can, for example, offer to guarantee a number of interview slots for those identifying themselves as disabled - the so-called ''Rooney Rule'' - even though you couldn't make a similar offer to people from, for example, an ethnic minority or particular religious group. That said, you should have already made reasonable adjustments to ensure that disabled people are not at a disadvantage to those who are able-bodied. (Find out more on p.8-9 of Thinking Outside the Box.)

Apart from disability, usually you cannot treat those from underrepresented groups more favourably during the recruitment/ promotion process. But you can recruit a person with a protected characteristic where it is a genuine occupational requirement of the job. For example, you can specify - and hire - a female Somali-speaking researcher if the programme was about a culturally sensitive issue in Somalia where only a woman, who spoke the language, would effectively establish the requisite rapport with contributors.

Where a company reasonably thinks that a particular group is underrepresented or faces disadvantage - and has information to back it up - two forms of positive action are permitted in the recruitment process:

You can reserve places for those with protected characteristics on training courses, networking opportunities or sponsorship programs to increase the kind of representation at different levels – as long as this doesn't lead to more favourable treatment during recruitment & promotions. 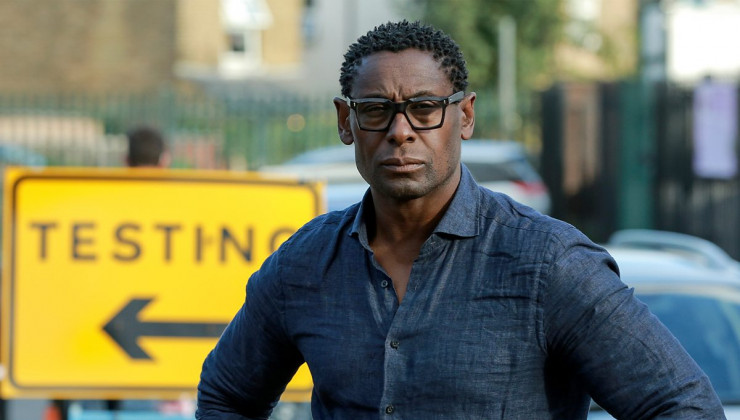 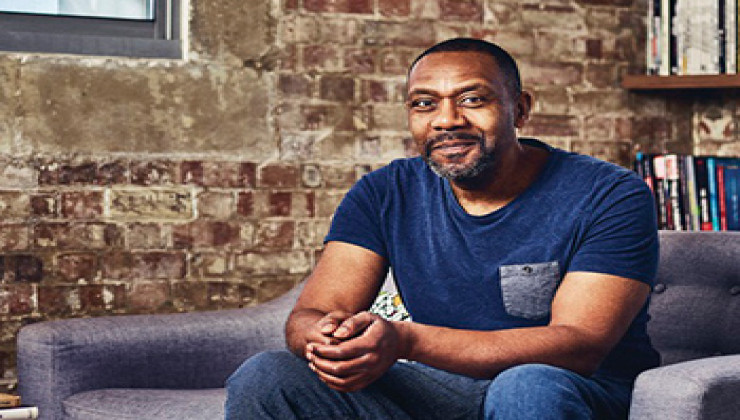