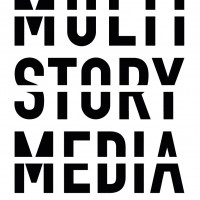 We make innovative shows that capture the heart of the nation.

Based in London, Manchester and Cardiff, we are a team of passionate story-tellers working across a broad range of genres: Current Affairs, Entertainment, Politics, Factual Entertainment, Documentaries and Drama. We make award winning shows for BBC, ITV, C4, C5 and the SVODs.

Tonight is the nation’s most watched Current Affairs series, Martin Lewis ‘the most trusted man in Britain’, the ‘Up series has been voted the “greatest-ever achievement in documentary film-making’, and Come Dine With Me is the world’s most prolific factual entertainment format with over 14,000 episodes produced around the globe. According to Broadcast, we are one of ‘The Best Places to Work in TV’ in 2019.

If you've worked for MultiStory Media , add credits to your profile to appear here.