On the Ground at Grenfell

The struggle to gain access on the ground at Grenfell was fraught with difficulties, but I knew we had to push on for the greater good of the story

There’s a scene that I’m filming in a church in North Kensington  –  it’s a moving memorial service and commemoration of those who have passed in the fire and the Grenfell choir is rehearsing “Like a Bridge Over Troubled Water” acapella style.  The hairs on the back of my neck are literally standing on end.  It’s a poignant and powerful moment.

There’s another moving scene where a congregation of Christians had gathered in the immediate aftermath of the fire directly across from the charred remains of the Tower. They all hug whoever is standing next to them and sing, arms outstretched to the sky.  It’s like a kind of communal catharsis.

Another poignant moment I remember is filming Christos, a Survivor from the fire who was one of the last to escape.  He thought he was going to die.  I’m filming him with his friend Amos, who is a music producer and artist in a recording studio – Amos is freestyling a song about Grenfell he’s made up on the spot.  I film him as he sings …. “Things are going wrong now, you get shot … terrorist attack … and now de tower block, and de whole nation affected by that brah …”

Christos tells me it’s the first time he’s been able to have a day away from the isolation of his hotel room and a day not to think about that traumatic nightmarish night repeating over and over in his head.  It’s a moment of welcome respite. 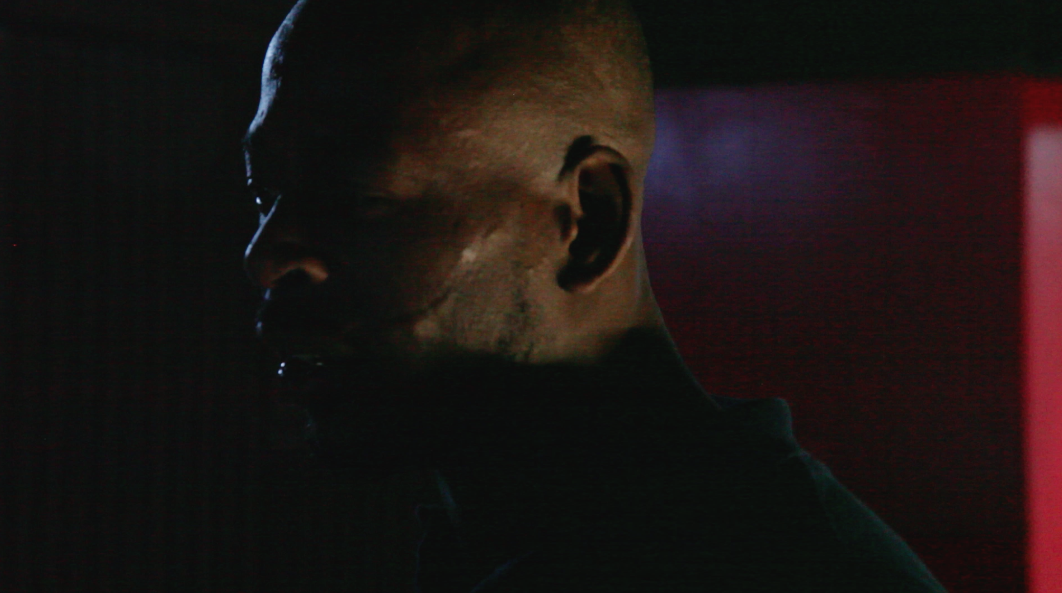 It’s scenes like these, filming the tragedy of the Grenfell Tower fire - the biggest disaster in the UK since World War II - that will stay with me.  72 people died that night in the fire and in the aftermath.

When I first heard about the fire, I couldn’t quite believe that a tragedy of such magnitude was literally happening on my doorstep.  I was used to filming in war torn countries in the Middle East, capturing stories of immense human suffering like that of the Yazidi women and girls sold into sexual slavery by ISIS.  I initially went down to the Tower just to observe and volunteer.  It felt intrusive to immediately start filming.  I wanted to take things in and get the lay of the land, and I didn’t want to be seen as some kind of “media vulture,” down there with a camera filming “disaster porn,” as personally, that’s not what I do.  And tensions were understandably high.  But by the second day – people from all over the country had congregated at the scene paying tribute and asking questions, and I knew I had to film. 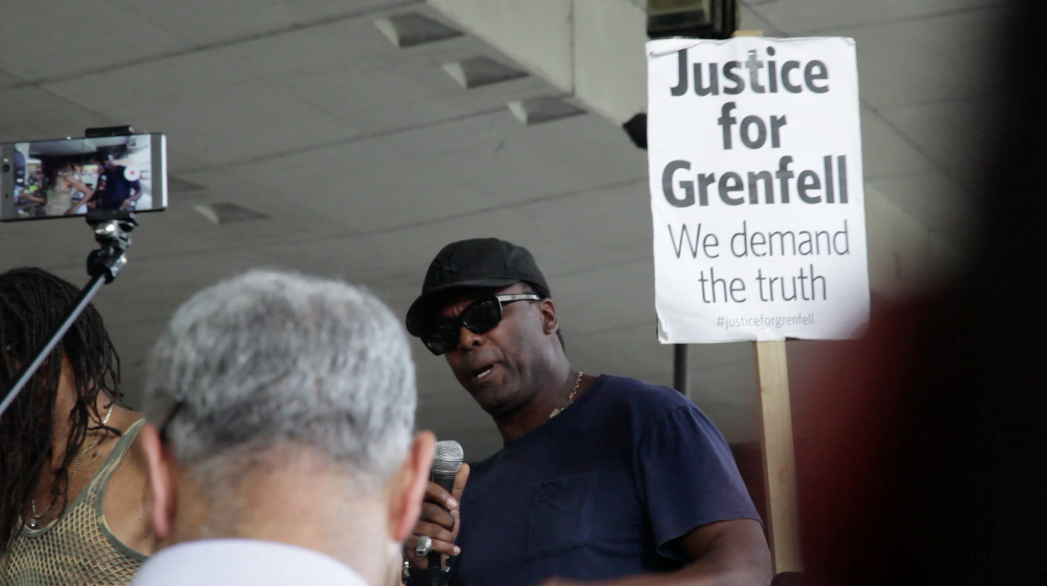 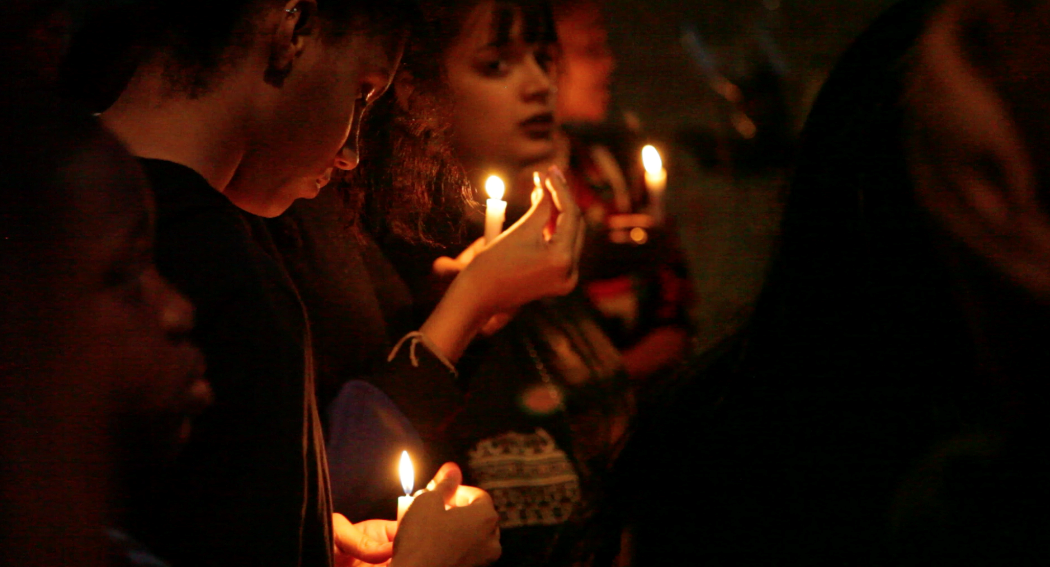 I filmed for around 4 weeks independently, documenting the aftermath of the tragedy, making connections and learning on the ground who had gone missing from the Tower.  It’s something I’m pretty adept at doing, listening and learning and getting to know the real story behind the headlines.  I met Joe Walsh, who lived in one of the opposite Towers - he had opened up his social club, Maxilla in the early hours of the morning. The Maxilla has long been a valued community hub and it was there that I had the privilege to attend the very first Justice for Grenfell meeting that was held in the direct aftermath.  I then came on board with the Minnow team as a Shooting PD, who had been commissioned by the BBC to make a landmark feature-length film following the fire over a year.

Filming a story of such immense tragedy, pain and heartbreak is a huge responsibility.  Balancing the needs to tell the story as direct, raw and as authentically as you can, all the while taking care not to intrude on the privacy of highly traumatised Survivors and bereaved families is a delicate act.
It’s a complex story that required great sensitivity and thought, and careful editorial discussions.  With 20 floors and 255 residents who were believed to have made it out, along with the 72 confirmed dead, it was an enormously complex task.  The one thing we did have on our side was the luxury of time.  Time to slowly build those all-important relationships, to build trust and rapport with those who experienced the horror and heart-break of Grenfell.

It was particularly challenging with the local community who had long felt neglected by the media in general and especially by the local authorities.  It was a tragedy they said, that was “waiting to happen.”   Understandably, the community was suspicious of the media’s motives.

There was huge mistrust of the establishment, and of outlets like the BBC and it was a real struggle to gain access in the weeks after the fire.

Because the film was to be made over the course of the year, we were able to embed ourselves within the community.  I spent pretty much my life on the ground at Grenfell the whole of last summer, along with a small documentary team consisting of the Producer Gaby Aung and Shooting Producer Rachel Cumella.  I attended endless community meetings, silent marches, protests, church services and talked to many people on the ground – it was crucial to know who the key community members were and to better understand the story of Grenfell and what happened that fateful night and in the aftermath.  It was very important too, to understand the sensitivities and the concerns of the local community.  I used to live in Lancaster Road – and while filming there, I realised that Grenfell Tower was at the bottom of my road.  So this was my community too – and for me it feels in many ways like it still is.
It was a painstaking delicate process involving many sleepless nights, sometimes staying up till the small hours just to film with a Contributor who was finally ready to speak.  It took bucket loads of patience, tenacity and empathy negotiating with the victims of this senseless tragedy.

Maintaining access and keeping in contact was also extremely challenging with Contributors who were changing addresses often.  Survivors were being moved from hotel to hotel, losing their phones and changing their phone numbers.  There were countless phone calls, and sometimes contributors simply wouldn’t turn up at appointed times.  Understandably, they had better things to do than turn up for interviews.  Sometimes those affected just didn’t want to talk – and who can blame them – digging up these memories can re-trigger the trauma.  And so in those cases, we simply left them alone.  In our approach, we always made sure the process was Survivor-led.

Filming Survivors in their hotels was important so we could show the reality of how they were being treated by the local authorities - many families have still not been permanently rehoused.  It was important too to document the reality of the aid response.  In the very first weekend after the fire, I  came across a Sikh relief effort who were serving food under the West Way.  I managed to film a ride-along with them, as they went to dispense food to Survivors in the nearby hotels.  We documented the selfless efforts of those in the community who came out to help with water, food, hugs and sandwiches in the absence of the local council. 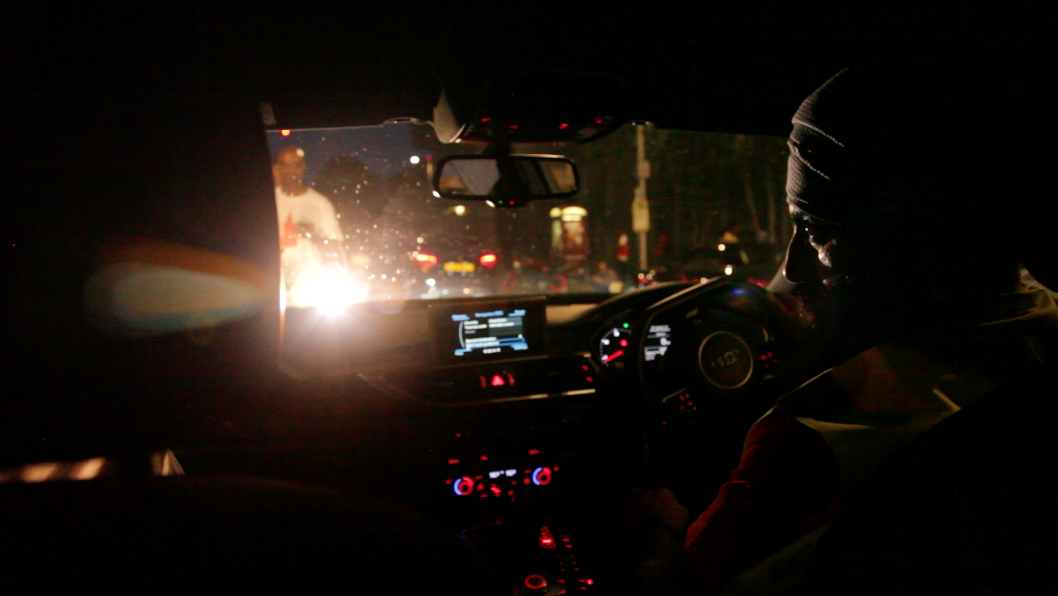 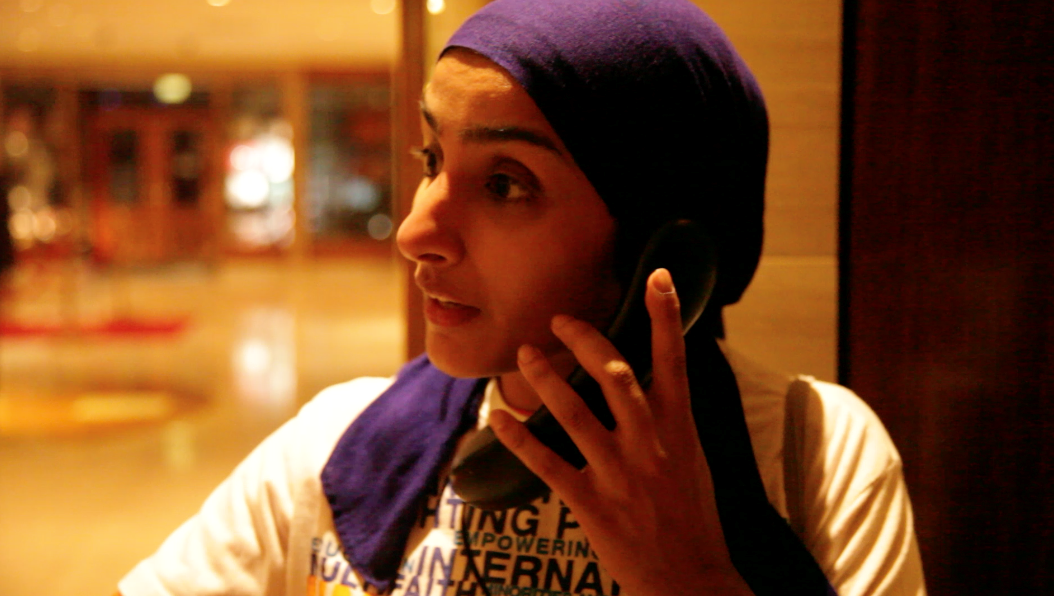 I met another colourful Sikh character, Bhupinder who had been feeding everyone, who told me he was ashamed that we were only two and half miles from Buckingham Palace, yet they were the ones left picking up the pieces.  “Where is the Army? Where is the disaster response? I’m ashamed to be British,” he told me perplexed. 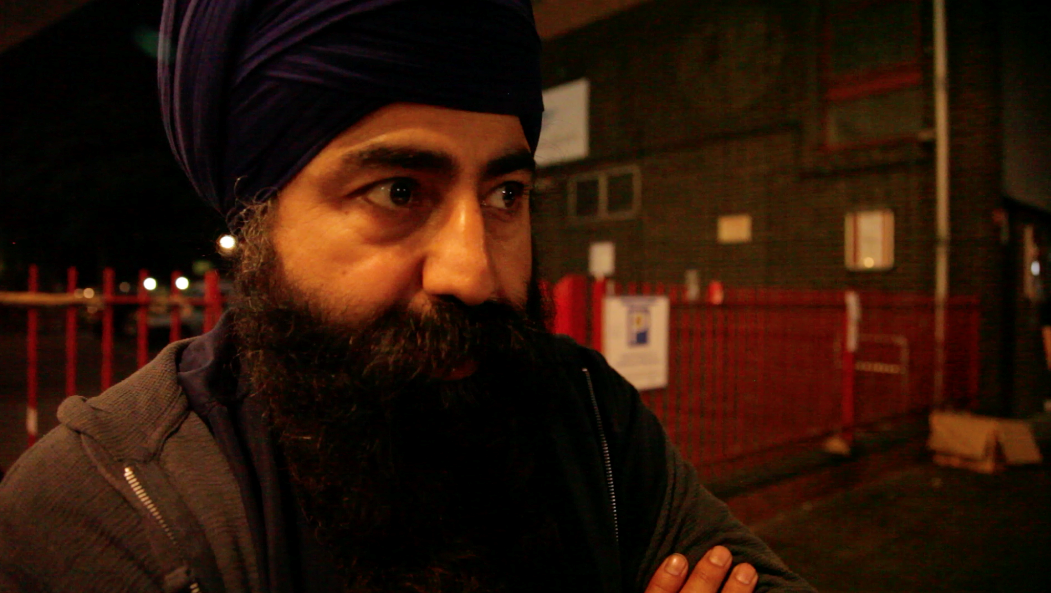 I was filming in one of the make shift donation centres, we happened upon Lorraine, a lovable gal who was born and bred in Notting Dale.  She told me she was the first resident of the Tower when it first opened in 1975, so had lived there for decades.  Although she was away the night the fire struck, she lost all of her possessions. “My whole life was in that flat,” she told me, her face crumpling. “It’s a horror story. Everything’s gone.” 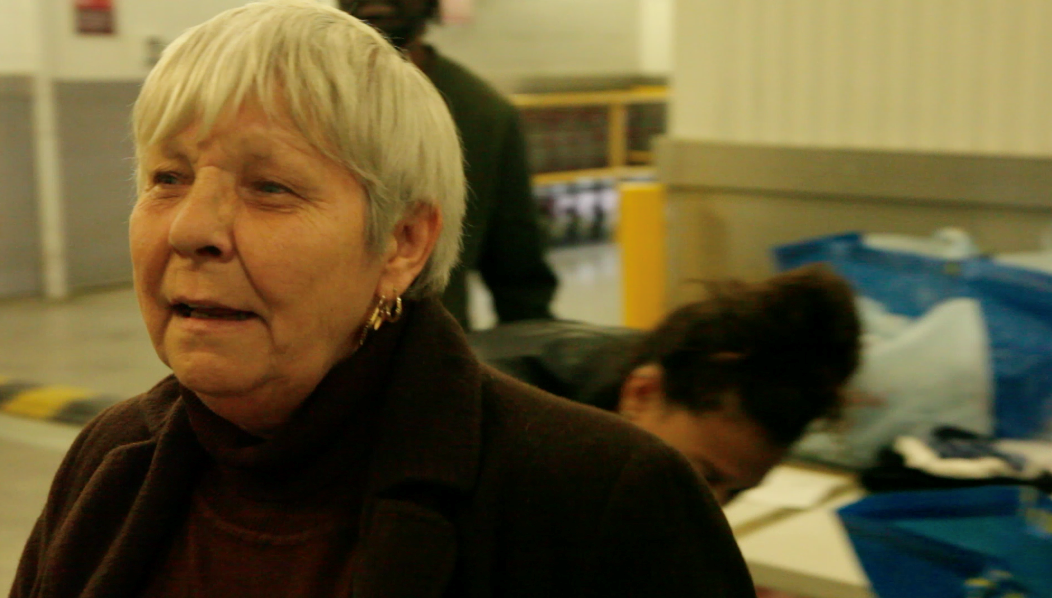 Because of our relationships, we were privileged to film at many private and intimate moments, in particular the prayer evening with close family at the home of Mary Mendy’s sister Betty the night before her memorial.  Mary and her daughter Khadija Saye both perished in the fire, having lived on one of the highest floors in the Tower.  It was an especially touching moment. 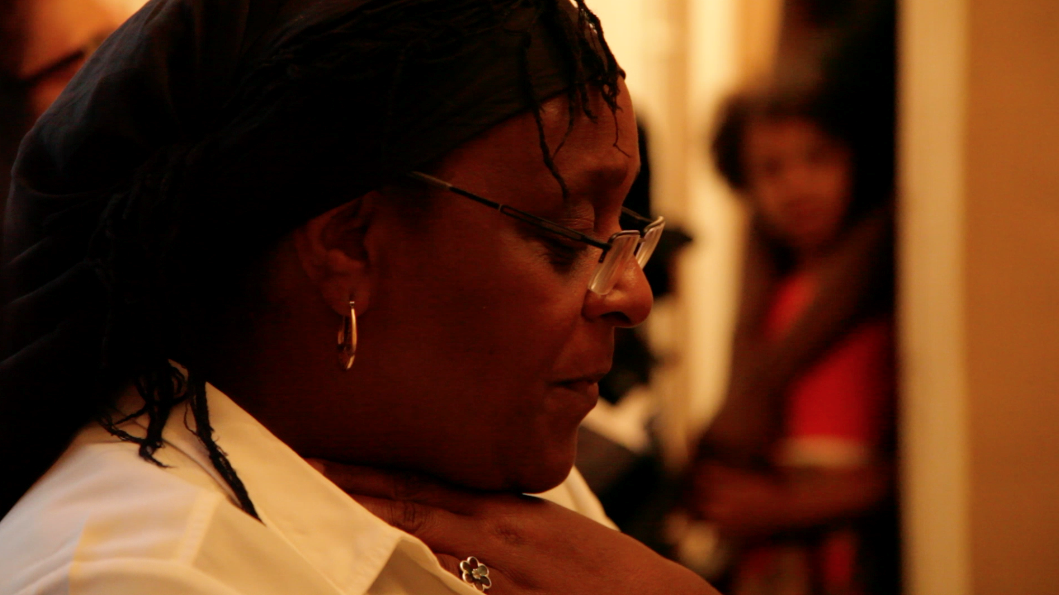 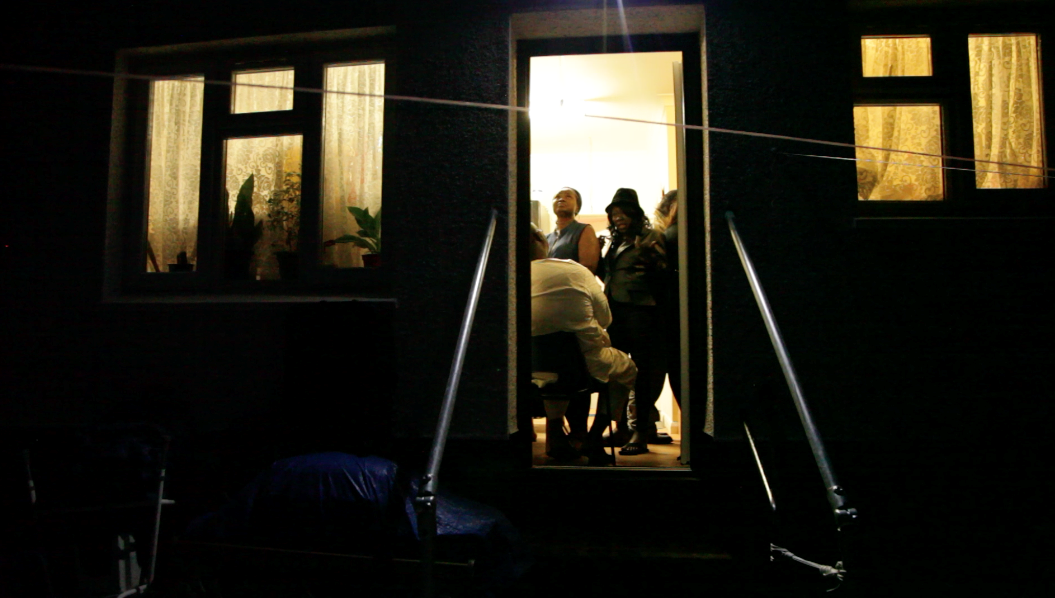 It was spending these painstaking months carefully nurturing relationships, that I’m pleased to say bore fruit in the final film.  I feel privileged that Survivors and the Bereaved allowed us to tell their stories –  we all had the same goal to tell the story of Grenfell as authentically as we could.

It is without doubt, one of the toughest films I have ever worked on.  It is unimaginable to work on a documentary on the scale and complexity of Grenfell and not be affected yourself.
The quiet dignity and selfless determination of so many Survivors, Bereaved and community members, who have remained steadfast in the face of so much adversity deserve our respect.
In the end, I hope we’ve done some justice to a story as profound as Grenfell, and that a tragedy like this never happens again.

Sharron Ward was Shooting Producer/Director on “Grenfell,” Directed by Ben Anthony, Produced by Gaby Aung and Executive Produced by Morgan Matthews, by Minnow Films for BBC One. You can watch the film on BBC iPlayer here:  https://www.bbc.co.uk/programmes/b0b6q36v
Sharron is an Emmy & RTS Award winning Producer/Director.  You can see her TM profile here.
The views expressed in this blog are solely that of the author and do not represent the channels, the production companies or anyone else mentioned here.
blog comments powered by Disqus