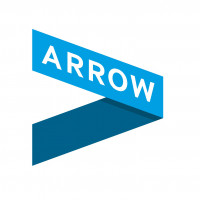 ARROW WAS ESTABLISHED BY IAIN PELLING, JOHN SMITHSON AND TOM BRISLEY, A CREATIVE AND COMMERCIAL TEAM WHO HAVE WORKED TOGETHER FOR OVER 17 YEARS.

Arrow has quickly grown from an indie start-up to a creative powerhouse. Arrow’s portfolio now includes many hundreds of hours of programming across science, crime, adventure, nature, documentary and history, for the UK, US and international markets, across all platforms and formats. The company has had huge success as an organisation in a very short space of time, including growing its turnover from £8m to over £20m in just four years.

Arrow’s reputation is built on its ability to deliver world-class factual content which appeals to audiences across the world - from long-running series to big landmark events such as BAFTA- and RTS-winning Live from Space for Channel 4 and National Geographic Channel; Investigation Discovery hit TV series Mind of a Monster, See No Evil, Body Cam and American Monster; to ambitious colourising projects America In Color and Britain in Colour for Smithsonian Channel; adventure series Extreme Rescues for National Geographic; and landmark feature documentary A Year of British Murder. They were also one of the first UK companies to be commissioned by Disney+. Their portfolio of award-winning feature films includes Sherpa, which captured a tragedy that would change Everest forever; and Under the Wire, the theatrical documentary about journalist Marie Colvin’s fatal trip to Syria, which was released theatrically in the UK and America.

If you've worked for Arrow International Media, add credits to your profile to appear here.

There are currently no jobs listed by Arrow International Media