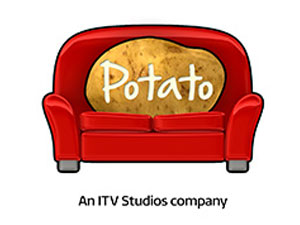 Potato is a production label within ITV Studios formed in March 2013.

Founded by Creative Managing Director Michael Kelpie, Potato is home to a number of successful formats including The Chase (ITV), The Big Reunion (ITV2), Four Weddings (Sky Living), Autopsy: the Final Hours Of ... (Five) and I Never Knew That About Britain (ITV).
With a proven track record producing a wide variety of award-winning programmes, Potato brings together a group of highly experienced Producers, Directors and with years of experience in Primetime Entertainment, Factual, Factual Entertainment, Music Entertainment and Daytime programming.

To prospective Broadcasters and Commissioning Editors, Potato offers the benefits of a responsive and collaborative production team, the excitement of working with a new company but with the added assurance of working with part of one of the world’s largest, reputable, reliable and trustworthy Production Companies, ITV Studios.

If you've worked for Potato, add credits to your profile to appear here.