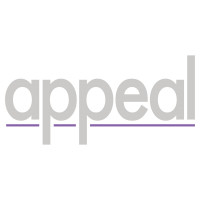 We’re an independent production company making non-scripted content for the UK and International markets. We make entertainment, factual entertainment, reality TV as well as documentary films. We’re experienced programme-makers who are passionate about telling stories full of heart and humour. Everything we make is real, relatable and authentic.

Appeal TV was established in 2017 as an entertainment production company. We soon won our first series commission, "The Charlotte Show" for MTV, starring Charlotte Crosby, which ran to three series transmitting worldwide. In 2020 we delivered two one-off specials for ITV, "Robbie Lyle: Football Fans Under Their Skins" and "James Nesbitt: A Game of Two Halves" together with the Appeals VTs for ITV/Unicef's Soccer Aid. In 2021 we have just finished transmitting series one of "Celebrity Bumps", also for MTV, and are in development on new reality, entertainment and factual entertainment formats.

Appeal Films was established in 2014 as a boutique production company providing the charity sector with entertainment TV know-how, advising on creative campaigns and events as well as producing high-profile films for broadcast.

We are respected and trusted within both the TV industry and charity sector to film with very high-profile on-screen talent, as well as vulnerable people and in hostile environments.

If you've worked for Appeal TV and Appeal Films, add credits to your profile to appear here.