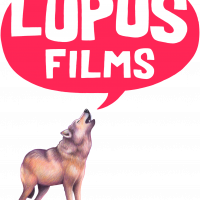 Multi-award winning London-based studio Lupus Films was launched by Camilla Deakin and Ruth Fielding in January 2002 and has since grown to become one of the UK’s leading film and television production companies. Best known for high-quality family entertainment, Lupus Films works regularly with the finest talent including world famous authors, actors, directors, animators and composers. Lupus Films has developed an international reputation for beautifully crafted film adaptations of classic works of literature which have been seen in cinemas and on major broadcasters and SVOD channels worldwide.

In 2013 Lupus Films received a prestigious Vision Award from the British Film Institute to develop a slate of feature films. The company’s first film produced with the support of the BFI, ETHEL & ERNEST, had its premiere at the London Film Festival in October 2016, followed by a UK-wide cinema release, its US premiere at the 2016 Palm Springs Film Festival, and a transmission on the BBC to great critical and public acclaim.

Lupus Films also specialises in half-hour animated TV specials, a number of which have been among the UK’s most highly watched shows. In 2012 THE SNOWMAN AND THE SNOWDOG was seen by 11 million viewers when first broadcast on Channel 4 at Christmas, whilst in 2016 WE’RE GOING ON A BEAR HUNT attracted 8 million viewers and was the highest rated show on Channel 4 for four years (since the broadcast of THE SNOWMAN AND THE SNOWDOG). For Christmas 2019 Lupus Films released a hotly-anticipated adaptation of the best-selling children’s book THE TIGER WHO CAME TO TEA, which was the second highest rating programme of any genre on Channel 4 all year and went on to win an International Emmy ® Kids Award.

In 2017 Lupus Films was a recipient of Creative Europe slate development funding and currently has a slate of both live-action and animated feature films, TV Specials and TV series, amongst which are an adaptation of Michael Morpurgo’s best-selling novel KENSUKE’S KINGDOM, a film about the life of Mexican artist, FRIDA KAHLO, a film about the life of Parisian icon and Man Ray’s muse, KIKI, and an adaptation of the best-selling MOLESWORTH books written by Geoffrey Willans and illustrated by Ronald Searle.

If you've worked for Lupus Films, add credits to your profile to appear here.

There are currently no jobs listed by Lupus Films