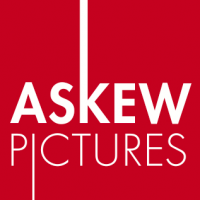 Born in Houston, Texas and raised in Atlanta, Virginia Beach and New York before graduating high school at Duke Ellington School for the Arts, in Washington DC. Leslie studied Anthropology at Lawrence University in Appleton, Wisconsin and moved to New York after graduating in 2000. After 10 years of working in documentary and news she moved to the Netherlands in 2010.

Askew Pictures focuses on telling stories that matter. Their first film “Caring for Country '', (2013) a collaboration with The Yugul Mangi women rangers (Australia), follows the Indigenous rangers, as they show how their practices and people solve issues like seasonal wildfires. In 2018, Leslie directed, produced & edited the short film, ‘Analog Man’ which was featured in festivals in Europe, U.S and Mexico.

If you've worked for Askew Pictures, add credits to your profile to appear here.

There are currently no jobs listed by Askew Pictures