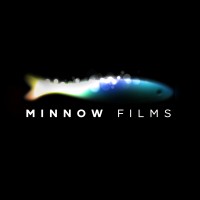 Minnow Films is a multi award-winning independent production company, renowned for the quality, character and flair of our programmes. Our work focuses on producing bold and groundbreaking films that consistently raise the bar at the very cutting-edge of filmmaking.

Founded in 2006 by double BAFTA-winning filmmaker Morgan Matthews, Minnow is committed to making thought-provoking films of the highest quality.

Minnow has gone on to garner both critical acclaim and award recognition, with films including The Fallen, a BAFTA and RTS winning landmark film about the loss of British Armed Forces in Afghanistan and Iraq which was described by the BBC as the most ambitious single documentary they had ever commissioned, and the BAFTA, Broadcast and RTS award-winning 7/7: One Day in London, which gathers the testimony of over fifty people directly affected by the London bombings.

In addition to its television work, Minnow also produces films for theatrical release, with the critically acclaimed feature film X+Y, and most recently the BBC Films and Curzon Artificial Eye backed documentary Williams.

Today, Minnow is working with some of the most established and talented filmmakers in the industry, who continue the company’s ethos of developing and producing thought-provoking films of the highest quality.

If you've worked for Minnow Films, add credits to your profile to appear here.