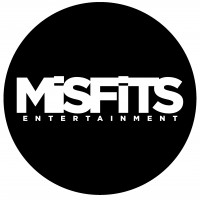 Misfits Entertainment is formed by three BAFTA-nominated filmmakers: Ian Bonhôte, Andee Ryder and Peter Ettedgui. Three filmmakers who boast an incredible array of moving image content: from studio movies to indie films, from commercials and brand films to pop videos and fiction shorts, from factual television to cinema documentaries. Three filmmakers who have experience in all areas of the business: directing, producing, writing, story consulting, exec producing. Three filmmakers who have worked with UK and US broadcasters, international sales agents, local distributors all over the planet, and some of the biggest US studios (including Universal, Sony, Disney, Miramax). But three filmmakers who don’t easily fit in any one box. Three Misfits.

We approach both fiction and non-fiction with the same mission: to create emotionally-satisfying, authentic storytelling. In documentary feature films like ‘McQueen’ and ‘Rising Phoenix’, we favour emotion over information, authenticity over reportage. We see the people we interview not as contributors or commentators but as movie characters. We think in terms of screenplay even if the films are unscripted. We shape our films in terms of scenes, beats and acts and we draw on the language of drama and cinema to take our audiences on epic, visceral journeys. And instead of traditional reconstruction we create powerfully expressive visual elements that give the stories we tell a mythical dimension.

In our work in fiction, we aspire to create similarly immersive and mythical experiences - while also lacing our narratives with the immediacy and authenticity we’ve learned from great documentary storytelling. We want our television and film projects to be high end, and to deliver heightened experiences.

We were very proud that McQueen was nominated by BAFTA for best documentary in 2019. We were even more proud that the film was nominated as best British film because that to us represented the best possible vindication of our approach, where nonfiction doesn’t just mean documentary - it means cinematic storytelling.

We never want to make films that easily fit in any one box.

We want to make Misfits films.

If you've worked for Misfits Entertainment, add credits to your profile to appear here.

There are currently no jobs listed by Misfits Entertainment