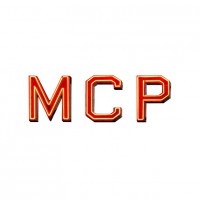 Middlechild is a wholly independent production company based in Brighton. We produce factual content for both UK and international broadcasters, specialising in returnable, often access led, documentary series.

In the UK, they produce shows for Channel 5, Channel 4, UKTV, Discovery Networks, ITV, Sky 1 and MTV. The company has been selected as one of Broadcast magazine’s, Best Places To Work In TV for two years in a row, 2019 and 2020.

To date, including numerous single documentaries, Middlechild have secured eight series orders from Channel 5 for their Dog Rescuers brand, presented by Alan Davies. They have made two series of Jo Brand’s Cats and Kittens, also Channel 5; a six-part series for Channel 4, Animal Rescue School; a ten-part wildlife series for the Discovery Network, Saving Britain’s Wildlife; plus 20 hours for Channel 5’s premium '5 Select' channel.

Having secured access to Transport for London, we made new-series Fare Dodgers: At War With The Law for Channel 5 in 2019. We delivered ten hours of Restoration Workshop to UKTV in 2020, as well as two two-hour feature docs for Channel 5, 1000 Years of America, and a 1000 Years of Australia, and the 90-minute, RTS nominated, feature The World’s Biggest Murder Trials: Nuremberg, also for Channel 5.

Middlechild have a new 10-part series, Secrets of the Transport Museum launching on UKTV’s Yesterday channel in 2021.

If you've worked for Middlechild Productions, add credits to your profile to appear here.

There are currently no jobs listed by Middlechild Productions