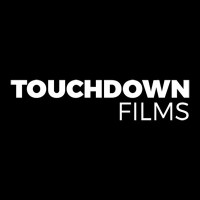 Headquartered in London, Touchdown Films is one of the UK’s most exciting independent production companies, creating high quality non-fiction content for audiences worldwide.

Touchdown’s recent productions include the first-ever global BritBox Original THE WEDDING OF THE CENTURY, a feature-length documentary with unseen and beautifully restored archive that was hailed a “visual spectacular” by the Radio Times; the landmark twelve-part series PHOTOS THAT CHANGED THE WORLD for Sky History, retelling the past century through the eye of a lens; the documentary special APOLLO 8: THE MISSION THAT CHANGED THE WORLD, airing to critical acclaim on Discovery UK, Science Channel in the US and Nat Geo in the rest of the world, and the high-profile celebrity biography series ARTIST TO ICON, exploring the lives of stars such as Madonna, Robin Williams and Cher, which is streaming on Ovation NOW in the US.

Touchdown currently have an exciting slate of new projects in play on both sides of the Atlantic.

If you've worked for Touchdown Films, add credits to your profile to appear here.

There are currently no jobs listed by Touchdown Films