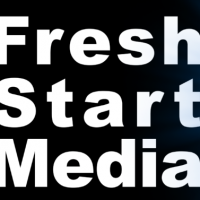 Fresh Start Media was founded by a team of award winning producers and journalists.
We are passionate about making thought-provoking, investigative, adventurous, headline-making television programmes and digital content for the education sector, NGO's and companies. We make documentaries and programmes for all the UK's major broadcasters. After just two years of prodcution we reached the Broadcast magazine top 150 Indie list. FSM specialises in children's factual programming including FYI: For Your Info. FYI is a weekly news magazine show and also a documentary series with FYI Investgates - for Sky News, Sky One and Sky Kids - presented by kids for kids. FYI has also become a major brand for educational resouces on digital educational platforms. We also produce Braydon Meets, Kidversation, WOW! and I Don't Get It - all for Sky. Other credits include My Life for CBBC, Panorama for BBC, Discovery Education series and radio programmes for Scala Radio (Bauer Media).

If you've worked for Fresh Start Media, add credits to your profile to appear here.

There are currently no jobs listed by Fresh Start Media