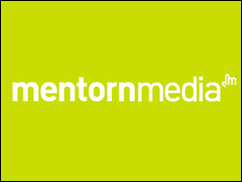 Mentorn Media's output has a breadth and quality that ranks it as one of the UK's foremost producers. Established in 1985, Mentorn Media is one of the UK's longest established independent television production companies, making thousands of hours for broadcasters in the UK and worldwide. Our offices in London, Cardiff and Glasgow produce programmes across a range of genres. We are one of the biggest independent companies in the UK, and pride ourselves on building strong relationships of trust with institutions, government departments, businesses and members of the public who provide access.

Question Time, The Big Questions, Traffic Cops, Motorway Cops, and Cowboy Trap are recognized brands in the BBC's output, placing Mentorn Media as the sixth biggest supplier in terms of hours to the BBC. We have begun the second series of BBC Three current affairs studio show Free Speech and recently produced the acclaimed Panorama documentary: Stephen Lawrence - A Time For Justice.

Over the last couple of years Mentorn Media has produced two series of The School Musical and in 2010, An Idiot Abroad with Ricky Gervais, Stephen Merchant and Karl Pilkington for Sky1, as well as the award winning documentary series Fish Town for Sky Atlantic broadcast in 2011.

If you've worked for Mentorn Media, add credits to your profile to appear here.