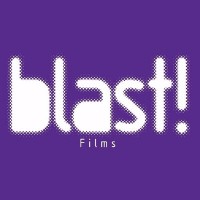 Blast! Films is an independent production company with one of the best reputations in British television for producing high-quality, distinctive and innovative documentaries and dramas.

Their work covers a wide range - from popular documentary series like The Tube (BBC 2) and Coppers (Channel4), through to ground breaking films like Hunger, Soundproof and The Death of Klinghoffer. Uniting what they do is powerful story-telling that’s honest, impactful and emotionally compelling.
Amongst the many awards they have won, are the Camera D’Or and International Critics Prize in Cannes for Hunger, the Best Director BAFTA for Soundproof, the Grierson Award for Best Drama Documentary for The Year London Blew Up, the Prix Italia for The Death of Klinghoffer and two BAFTAs for the BBC drama series Tales From Pleasure Beach.

If you've worked for Blast! Films, add credits to your profile to appear here.

There are currently no jobs listed by Blast! Films