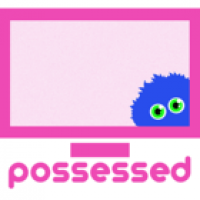 Possessed is a global content creation and television production company established in 2015 by multi-award-winning producer Glenn Hugill in a landmark deal with ITV Studios.

We produce and develop exciting, high concept entertainment, comedy entertainment and factual entertainment formats for all major broadcasters. Our first show, Pick Me! aired on ITV in 2015 and we've since made hits such as 5 Gold Rings, Cash Trapped and Spotless.

Our core creative team, headed by Hugill (Deal or No Deal, The Mole, Two Tribes) has developed shows ranging from A League of Their Own to The Secret Life of Four Year Olds. We're excited to work with the industry's best development and production talent to create great new content - and change television forever!

If you've worked for Possessed, add credits to your profile to appear here.

There are currently no jobs listed by Possessed