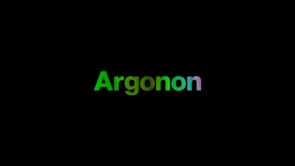 Argonon is the powerhouse production group formed in 2011 to create world class story-telling and entertainment across all platforms. HQ’d in London and with offices in Liverpool and Glasgow in the UK and New York in the USA, Argonon is a multi award-winning entertainment production group consisting of Bandicoot, Britespark Films, Leopard Pictures, Leopard USA, Like a Shot, Studio Leo and Windfall Films.

The Argonon Group brings together exceptional creative and business talent from around the world and is committed to fostering a true spirit of independence and diversity both on and off-screen. The company thrives on long-running formats and agenda-setting drama, documentary, arts and performance. Talent is at the heart of what Argonon is - bringing you the best creative talent in the world.

If you've worked for Argonon, add credits to your profile to appear here.

There are currently no jobs listed by Argonon