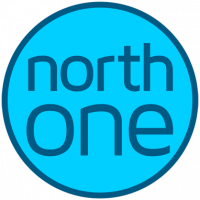 For nearly 30 years, North One has been a globally recognised producer of world class factual entertainment, sports and live event TV programming. Starting out as the sports television wing of the Chrysalis Media Group, the company was responsible for Channel 4’s seminal coverage of Italian football throughout the 1990s, as well as breaking out into factual entertainment with the gigantically successful Saturday night ‘Top Ten’ franchise, which, single handed, invented the ‘list’ genre and saw the company produce over 100 hours of archive documentaries, again for Channel 4. The company was the first acquisition of what is, today, a global powerhouse - All3Media - becoming North One Television in 2004.
More ground breaking sports contracts followed, with global coverage of the World Rally Championship and ITV’s Formula 1 coverage, and more recently, worldwide coverage of the Isle of Man TT, world and UK coverage of motorsport’s fastest growing race series – Formula E – and, on two wheels, MotoGP for BT Sport in the UK.

If you've worked for North One , add credits to your profile to appear here.