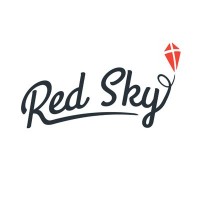 Red Sky produces uplifting factual content for UK broadcasters and the international market. Our main focus is popular and accessible factual and factual entertainment, whether as format or documentary.

The company was founded by Jane Rogerson and Ross Harper, who are its managing directors and executive producers. Jane is a former director of commissioning at UKtv who has worked on and commissioned series in every factual genre, from documentary to cookery; Ross is a former director, series producer and exec with years of experience in factual entertainment and specialist factual.

At the core of Red Sky are its values:
We pride ourselves on creating an environment
• where creativity can flourish to sustain a successful business
• where our talent is encouraged and supported to grow
• and where honesty, respect and teamwork are explicitly valued

Alongside Jane and Ross, Director of Development Jacqui Hayden and Production Executive Nan Gourlay make up Red Sky’s senior management team. Jacqui has developed several hit factual series and documentaries for all the major broadcasters - BAFTA and International Emmy winners among them - and Nan has steered productions of every genre large and small for everyone from BBC to Netflix.

If you've worked for Red Sky Productions , add credits to your profile to appear here.

There are currently no jobs listed by Red Sky Productions