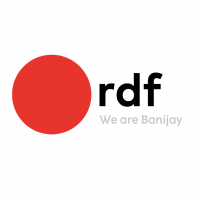 RDF Television is the largest production company within Banijay and is one of the top 20 biggest production companies in the UK. It has offices in West London and Bristol. Founded in 1993, it has established an outstanding reputation for producing popular and innovative programmes across programming genres of Entertainment, Factual Entertainment, Documentaries, Daytime and Features.

If you've worked for RDF Television, add credits to your profile to appear here.