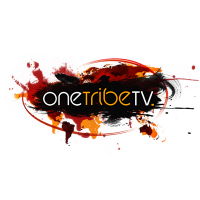 One Tribe TV is a Television Production Company based in Cardiff Bay in Wales and in Bath. Run by award-winning factual programme makers, Managing Director, Dale Templar and Creative Director, Owen Gay. In early 2017, Alex Barraki joins the senior management team as head of production based in Cardiff.

Are primary focus is on factual and specialist factual content with particular specialisms in adventure and travel, as well as science and natural history . We are also known for our experience in on-screen talent management.

Together the One Tribe TV team has worked with some of the most famous names in British television, making prime-time factual programmes for BBC1, BBC2 , BBC4 , ITV, Channel 4 , Five and international broadcasters including Nat Geo and Discovery.
The company has recently released a 1 X 60′ documentary for BBC Wales & BBC2 and a 3 X 30′ adventure series – also for BBC Wales & BBC2. In 2017 we start suppling films for BBC1's The One Show. One Tribe TV are currently collaborating with Curve Media making a new BBC daytime series. We are also working on a global travel series with TenCent in China.

If you've worked for One Tribe TV Ltd, add credits to your profile to appear here.