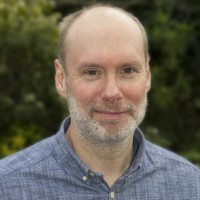 I am a film editor with 20 years' experience, working mainly on factual programmes for the companies like the Channel 4, BBC, Nat Geo and Discovery. Alongside editing I have a broad range of production and post-production skills including creating graphics, performing on-lines and grading finished films.I have recently finished a 5 part ser... Read More

I am a film editor with 20 years' experience, working mainly on factual programmes for the companies like the Channel 4, BBC, Nat Geo and Discovery. Alongside editing I have a broad range of production and post-production skills including creating graphics, performing on-lines and grading finished films.

I have recently finished a 5 part series about China for Channel 4 and CCTV (China Central TV) with Director Phil Agland. This project took me to China for nearly two years of filming, where I oversaw all the technical aspects of the 4K shoot, in addition to my usual roll as an editor. This included filming snow leopards at 5000m at -20°C and recording sound. Back in the UK I completed the picture post production, including grading the films. Read Less

Jon is an extraordinarily talented editor. Hugely creative with a strong visual flare and a great feel for music as well as astounding technical know-how. With a keen sense of story and narrative he’s as much at home working on complex international long running series as high budget landmark specials. Above all he’s a delight to work with – calm, positive and enthusiastic throughout.

Across many years and many documentary series I have worked with Jon on my team. He is an extremely good editor, capable of changing styles and pace according to the programme requirements. He has a delightful personality and has a way with storytelling that makes editing with him a real pleasure but, having spent some of his career as a DOP, Jon also understands the whole process of film-making from start to finish. His grasp of the technical complexities of video is exemplary and he has on many occasions saved projects at the final moment before broadcast. Whatever the project, I will always try to get Jon on-board.

I cannot recommend Jon highly enough. In addition to editing my 2012 BAFTA nominated BBC2 documentary, Baka: A Cry from the Rainforest, Jon has spent the last four years supervising both the production and post-production of our five part series, China: Between Clouds and Dreams, broadcast recently on C4 and Chinese Central Television. This involved the highly technical 4K shoot over two years on location in China, managing what was to become almost a petabyte of data, recording sound in the field, working with translators and rough cutting over 400 hours of synchronised film and sound. Back in UK, Jon supervised the 18 month edit, conformed the 4K master and finish graded the entire series to broadcast spec. It is hard to exaggerate the technical demands of this project, often under the most trying of circumstances and I was to grow almost totally dependent on Jon's unflappable ability to solve whatever technical challenge was thrown at us. Likewise back in the cutting room in the UK, where Jon has had to simultaneously handle the technical demands of the edit and satisfy the highly complex requests of our Chinese broadcaster in a project with 13 Chinese and Tibetan dialects, where accuracy was vital. Jon is an absolute delight to work with, unfazed by even the most technical of challenges, a brilliant editor and someone whom I grew to completely depend upon. Jon would be a massive asset to any broadcast project in any number of roles from editor, 4K colourist, technical supervisor, special effects, in fact you name the challenge and Jon will find a way of solving it.