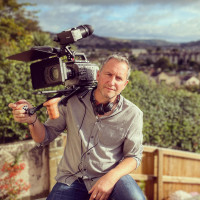 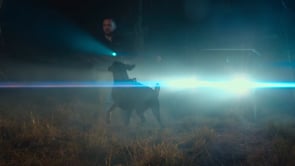 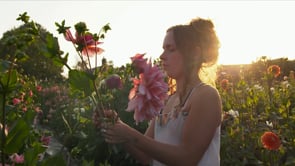 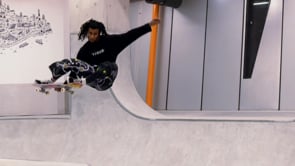 Previously John has worked on a diverse range of shows from World’s Weirdest Events (BBC2) to Escape To The Country (BBC1) to You Are What You Eat (C4). Other broadcasters include ITV, Channel 5, Extreme, Discovery, MTV, S4C & Sky Sports,

Through his company Movie Mogul, John devised, co-wrote and produced feature film ‘Panic Button’ in 2011, which world premiere'd at Film4 Frightfest, enjoyed a lengthy run on Sky Movies, was nominated for a Welsh BAFTA and sold to 26 territories around the world. Panic Button is currently on re-release on DVD & VOD in the UK. In 2014 John made his feature film directorial debut with the critically praised psychological thriller ‘The Sleeping Room’ which also received its world premiere at Film4 Frightfest and is now available on DVD and VOD in UK, US and Canada.

John is an exceptional self-shooting PD who works equally well by himself or part of a bigger team. A multi-skilled and collaborative creative, John's vision and directorial style is unique, exciting and can work within the limitations of non-scripted budgets without compromising style. Able and willing to turn a brand-new format into a well-produced and exciting brand. John is great with contributors and getting the most out of them on camera. He has a proactive approach to be able to follow the story and adapt quickly if a stronger narrative arises during the filming process. Has fantastic communication skills and always challenges himself to supply the best stories editorially and visually.

John was a fantastic asset as Series Director on 'Britain's Most Expensive Homes' for C4. He was great at dealing with contributors and difficult access and running many cameras on a tight schedule.

'John was a great member of the team, creative and thorough - in what has been a very tough and complicated schedule on Animal Impossible, but he has delivered every time from the moors of the Mendips to Zero Gravity in Florida‘

John Shackleton is a legend: one of the hardest grafting; most tirelessly creative people I've ever met. And what's more, in addition to his extensive TV work, John has achieved what most of us telly types have only ever talked about in the pub - he's made movies!

John is a passionate, dedicated and talented producer. He is reliable, amiable and a pleasure to work with.

John is a highly creative, intuitive and capable director who ups the game of every project he's involved with. I have worked with him on and off for the last fifteen years and he is absolutely my go to guy when I need something to look and feel great.

He understands narrative, has a natural flair and is a born storyteller. John has a unique ability to seemingly conjure something amazing from very little and sees opportunity in every nook and cranny of a tight budget and impossible deadline.

John is one of a kind, gets on with everyone and never, and I mean NEVER moans.