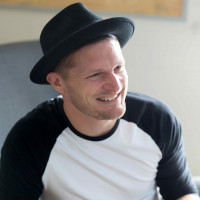 Broadcast and RTS award winner, Honorary Commando, father and outdoorsy type based in the South West. Prime time credits for the BBC, Channel Four, Netflix, ITV, Five, SKY, Discovery, US and Arabic television. Proven track record handling sensitive access; working with the military and police in hostile environments, medics and patients on hospital wards, and sporting superstars in the white heat of competition. Delivering compelling and engaging human stories. Creative and confident at handling productions from start to screen, negotiating access, casting contributors, planning and scripting shoots, leading teams on location and in the edit to produce high-end entertaining content for a wide audience.

Series Producer Director on a rare and revealing access all areas documentary about the Royal Marines. From helping to win the commission by scripting the pitch and episode breakdowns, right through to delivery of four one-hour episodes to the BBC. “Commando: Britain’s Ocean Warriors” took 18 months to make. Handling and maintaining delicate access. Putting together and leading a dedicated team. Interviewing WWII and Falklands War veterans. Accompanying Commandos on operations. The series was well received in the press and across the military. I was awarded an Honorary Green Beret for my role in making the series.

Series Director on 38 episodes of the popular C4 ob-doc rig series “999: What’s Your Emergency?”. Exploring social issues in modern day Britain. Seen through the eyes of the emergency services and members of the public. Overseeing a large team of shooters and responsible for technical and visual style, helicopter and drone aerials, car to car g/vs and over 300 master interviews.

Series Director on an original five-part documentary series for an unconventional BBC One daytime slot. About an anti-social estate, “The Estate We’re In”, required delicacy to deal with street crime, poverty and physical violence. Responsible for the visual style, delivering well-shot actuality, crew safety and presenter driven scenes. The series attracted over two million viewers, proved serious content can play in a daytime slot and was critically acclaimed across the industry with Broadcast and RTS awards.

"Greg has a decisive attitude and a unique passion, motivation and dedication for storytelling. His moral compass and genuine enthusiasm are attributes that ensure he always delivers authentic contributions and intimate access" - Twofour

"Greg's abundant warmth and kindness teamed with his admirable courage and fearlessness are a winning combination. He doesn't ever shy away from a tricky filming moment. He's a brilliant shooter, a really visual director, a charmingly winning interviewer and a great team leader and team player who's fab at access. Don't hire him, so that we always can" - Blast! Films Read Less