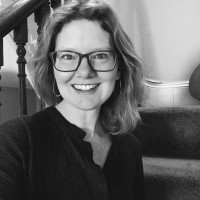 https://vimeo.com/stephwessellUPDATE: I am excited to have been selected for the 2020 ScreenSkills Series Producer Programme, and Directors UK Back on Track Scheme.I am an experienced Producer and Director in factual television and documentaries, with primetime credits for the BBC, ITV Carlton and independent film projects. I'm current... Read More

UPDATE: I am excited to have been selected for the 2020 ScreenSkills Series Producer Programme, and Directors UK Back on Track Scheme.

I am an experienced Producer and Director in factual television and documentaries, with primetime credits for the BBC, ITV Carlton and independent film projects. I'm currently job-sharing a PD role on a two-part archive documentary for Channel 5. Before that I drama-produced DSP's upcoming Charles I: To Kill A King (BBC4) and produced two episodes of Wall To Wall's Who Do You Think You Are? (BBC1). Last year I was Casting Producer and Ep 2 Producer on their living history documentary series Back in Time for School (BBC2).

I have been Producer Director, including edit, of several documentaries for BBC4 (in the Timeshift and Inside Antiques strands) and of several for ITV Carlton (in the Thirty Minutes and Water World strands). I have also produced and directed 25 films for BBC1's The One Show, mostly directing crew but with some self-shooting. I was also The One Show Development Producer, leading BBC Studios in Wales' pitch book team for two series. I have also almost a decade's experience producing and directing arts, car, house and lifestyle programmes.

I direct projects through research, shoot and edit, although I can also work with others' footage, quickly spotting characters and story lines. I craft clear, concise commentary. I also write outside of television: I have had stories and poetry published, and written and directed short independent drama films that have been shortlisted for awards.

I specialise in directing crews but have trained to self-shoot on the C300 and XF305. I can direct both Avid and Premiere Pro edits, log footage, and use Shotput Pro. Other skills include development producing (BBC1 The One Show, general BBC Arts, and my own independent docudrama feature film); voiceover (corporate promos); web writing; podcasting; and pitching. I was a finalist in Sheffield Doc/Fest's Fast Track To Features initiative and a mentee with Women in Film and Television.

I am a tutor for John Yorke Story for Factual Content, an industry distance learning platform, and have taught Documentary at Met Film School.

I co-wrote and co-directed a collaborative feature film, and I'm one of a group of fiction writers whose anthology 'Twisted 50' reached the top of the horror bestsellers chart on Amazon (we knocked Stephen King from number one). I've also had a sci-fi story published in anthology 'The Singularity'. I'm currently in pre-production on a short drama film written by and starring Katherine Press, along with Michael Maloney, Ben Lamb and Pippa Haywood.

I'm creative, hardworking, friendly and love working with crews, presenters, talent and contributors from all walks of life. I regularly attend industry briefings, festivals, and training opportunities, including Sheffield Doc/Fest and the London Screenwriters' Festival.

Following are links to some of my fiction work, that I try to cram into the gaps between factual contracts. Please also view some of my factual work using the links at the start of this blurb. Thanks for viewing my profile!

As series producer I chose Steph to produce back-to-back episodes of Who Do You Think You Are? - the second because she did such a great job on the first. Steph’s got a keen instinct for storytelling and delights in grappling with the minutiae of story order, which is so crucial to WDYTYA; she’s got a playfulness of mind and willingness to adapt as long as it takes to get it right. Steph’s also resourceful and can-do when locations, schedules and contributors change. She’s an asset on a team and I hope to get to work with her on future programmes.

Nominated for Best Screenwriter at Underwire 2012, and a short film I co-wrote was shortlisted in the IMDb Script To Screen Award 2013. My film came 2nd in the Short Hot Flush Film Festival 2015, and I was joint 2nd for 'Best Story' with my Twisted 50 anthology story (awarded at the British Screenwriters Awards 2016).