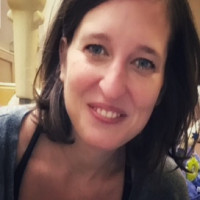 I’m a broadcast journalist and documentary film-maker with a proven track record in bringing complex, controversial and difficult-to-access stories to International prime-time television. My recent projects include the RTS nominated account of an anti-Nazi conspiracy conducted by Jewish death-camp survivors, Holocaust - The Revenge Plot (Channel 4 / National Geographic), and the story development of a multipart TV series recounting the ongoing fight against international criminality ( 2019).

I’m fluent in Italian, German, French and specialise in establishing trusting relationships with contributors whose stories are important but yet to be told. I’m able to create compelling narratives to make the stories accessible and visually exciting for a world-wide audience.

After my first degree (European Languages and Literature - University of Bologna, 2006), I moved to London to work on the prestigious BBC current affairs flagship Panorama. Here, I contributed to multiple editions, developing the particular skill of bringing difficult stories to the screen. Notable research successes include Fortress Europe (BBC 1, 2006) & Destination UK (BBC 1, 2007), for which I identified and interviewed illegal migrants in the UK. I provided production support for filming in the most challenging conditions, including setting up shoots on boats in hostile waters, and securing interviews with top ranking UNHCR representatives, high-level EU politicians, and the Italian Navy.

Following a Master’s Degree (MA Film and Television: Theory, Culture and Industry - University of Westminster 2008), I worked for numerous channels across Europe, including:
WDR Germany - Children of the Revolution (1x90, 2010), for which I secured a difficult interview with the daughter of Ulrike Meinhof and ex-terrorists of the Baader-Meinhof Group;
Discovery US/France Television – Surviving D-Day (1x90, 2010), for which I identified and interviewed hidden French Resistance Fighters and ex-Nazi war veterans;
Sky Arts/History US/BBC WorldWide - Inside the Mind of Leonardo (1x90 3D Cinema Release, 2012, Starring Peter Capaldi). This film, RTS nominated & shortlisted for a Grierson Award, saw me securing exclusive access to Leonardo Da Vinci’s largest existing manuscript worth in excess of $10bn USD.

I have since worked for a broad range of top-level factual production companies, as Producer and in Development. My employers include Nutopia, Darlow-Smithson, Dangerous Films, Windfall Films, Furneaux-Edgar, Kaboom Film & TV and Red Planet Pictures – and my references are from many of the most respected names in the world of Factual Television.

Most recently, I developed and brought to production the RTS nominated documentary, Holocaust – the Revenge Plot (Channel 4, National Geographic, 2019). This award-winning film tells the story of a reclusive and hard-to-access group of Jewish war-survivors, who plotted to murder 6 million Germans in the years after the 2nd World War. The story, and the interviews that recount it, took several years to uncover and enormous trust to secure. The film has been screened at film festivals in London, Israel, USA and China.