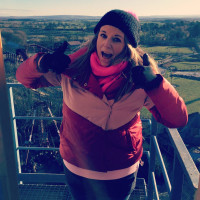 I'm an experienced Development and Story Producer with a permanent base in the North. I'm prepared to relocate (or even tolerate London) for short contracts on projects that excite me. My experience is mainly across Factual and Fact-ent, but I've also worked across Daytime and Entertainment. In my most recent development role I was... Read More

I'm an experienced Development and Story Producer with a permanent base in the North.
I'm prepared to relocate (or even tolerate London) for short contracts on projects that excite me.
My experience is mainly across Factual and Fact-ent, but I've also worked across Daytime and Entertainment.
In my most recent development role I was across a three-stage funded development, spanning just under a year (including Lockdown) that resulted in the commission of a TX-Pilot for primetime ITV with a commissioner the company had not worked with before. I was then able to work on the resulting filming for the programme at Producer level.

BACKGROUND - Prior to working in TV, I worked for Victim Support assisting victims of domestic violence with emergency safety planning across the North West of England. This followed working in PR (business-to-business and consumer) for six years. The nature of my work in both the private and charitable sector means first and foremost I'm good at communicating with a diverse range of people and have a wide (and unusual) skill set to drawn on - of which I'm really proud of and worked hard for.
I'm originally from Bradford and - as is often the case with Yorkshire folk - will happily chat to anyone (whether they like it or not!) about anything. Difficult conversations, speaking to strangers and starting working relationships does not faze me.

DEVELOPMENT (my natural habitat) - I currently work at Producer level in a small development team across a Fact-Ent heavy slate for Domestic and International broadcasters. I've been at the centre of the team for 18 months, reporting up to Development Execs and our Managing Director, while also supporting and managing junior team members. I've been integral to the sourcing of three funded developments for Channel 4 (one Daytime; one Features; one Fact-Ent) and a considerable three-part funded development for ITV Factual. I have enjoyed stepping up to pitching and working with commissioners, often by myself, throughout this role and especially since the start of 2020.

PRODUCTION - While I'm confident in a studio and/or gallery, location is probably where I shine brightest - as I like to be out and about. Being up early, far away, cold, and even climbing to the top of a roller coaster to 'get the shot' is something I don't shy away from.

ACCESS & CASTING - Getting in at hard-to-reach places is a particular strength. Spotting good characters, building trust and managing expectations along the way. I'm also a competent and enthusiastic 'caster' of contributors and experts... from personal injury solicitors, zoo keepers, driving instructors, chefs, business owners, tattoo artists, 'revenge porn' victims (and perpetrators), fertility experts, political activists, extended members of the royal family... with the occasional lottery winner thrown in for fun. I'm not scared to pick the phone up (a seemingly lost art) and really enjoy getting out from behind my desk meet interesting people face-to-face on their home turf - helping them share their stories.

PRODUCER ROLES (2017 - Present): My biggest credits to date (so far) are a ITV primetime factual TX-pilot with Alexander Armstrong and royal access (that I'd been across the funded development on previously) and on a six month high-profile access based Fact-Ent series for Channel 4. Working in extremely tight timeframes, challenging working conditions, with talent.

AP ROLES (2014 - 2017): Outside of my long-term (18 month) AP Development role at True North, I have several credits across ITV Daytime; TLC Factual; Channel 5 Documentaries; Channel 5 Fact-Ent and ITV Live Events. All roles involved working with a diverse range of contributors where safeguarding was of key importance.

JUNIOR ROLES (2012 - 2014): I started my TV career in Development at BBC Entertainment - having completed BBC Worldwide's Future Formats 2012, a contract developing new ideas in a team of nine people who were new to the industry and ultimately pitching them to commissioners from BBC Worldwide. This scheme ran for three years and was very hard to get in to. I'm really proud that I entered such a competitive industry through the conventional means in an industry that seems to rely heavily on nepotism (in my experience). After my six month contract at BBC Future Formats, I enjoyed several extensions meaning I was there for well over a year, one of two people to remain in the department after the scheme finished. Production credits during this time included dailies running on Children in Need; Comic Relief and Goodbye Television Centre - alongside my day-to-day Development Researcher role.

TALENT - I have experience in working with on-screen talent such as presenters and experts. I'm comfortable and confident around talent and am happy in briefing, directing and brainstorming with them. On-balance, I find that working with contributors and people who are excited/nervous/dubious, etc (essentially, people who aren't being paid to be filmed) more varied, interesting, and challenging to work with - and authentically building trust and rapport is an area I thrive in.

I also have EDIT PRODUCING experience (TX - 'My Big Family Fall Out', Crackit Productions for Channel 5) and several non-TX taster and casting tapes for commissioners at BBC and Channel 4 while in the development team at Daisybeck (Producer, current) and True North (AP, 2015-17). This is an area I'm keen to get more experience in where for-broadcast is concerned.

WHAT I MOST ENJOY is projects where I get to meet and work with passionate people and share incredible stories. I find I work best in environments that are fun, fair and forward-thinking.

YES PLEASE:
- Contributors of all shapes and sizes and from all walks of life (including people who need hand-holding)
- Being out and about exploring the UK (and beyond), location is preferred over studio!
- Fun teams and working environments; especially when the subject matter is serious

NO THANKS:
- Mean TV that is sneering or judgemental about people based on how - or where - they live.
- Crew houses
- Tyrannical talent Read Less