Picking up the award for News Coverage for his reports on the Storming of the Capitol, Moore praised TV campaigns on social housing and those “at the sharp end” of newsgathering in Ukraine.

“It feels to us on the inside that there’s a real renaissance in our journalism, driving forward important exclusives – for example, Partygate: holding a government to account, exposing hypocrisy,” he said.

Britain’s reportage from Ukraine is, he said, “incredibly courageous and in the finest traditions of British television news”.

Seventh Art founder Phil Grabsky said the award for the documentary, which was filmed in Afghanistan over 20 years, urged broadcasters not to let the country’s issues fall off the agenda.

“I would ask you – those who make films, those who commission films – please not forget Afghanistan,” he said.

“Over the course of these 20 years I’ve had more than one conversation with a broadcaster internationally, who has said to me, ‘Afghanistan? Who cares. Our audience are not interested.’ I had an email only a few weeks ago from a US streamer saying ‘we’re not interested in Afghanistan’ and this is after 160,000 people died overt he last 20 years, over $2 trillion was spent. I don’t know how you can say, ‘Afghanistan – who cares?’.” 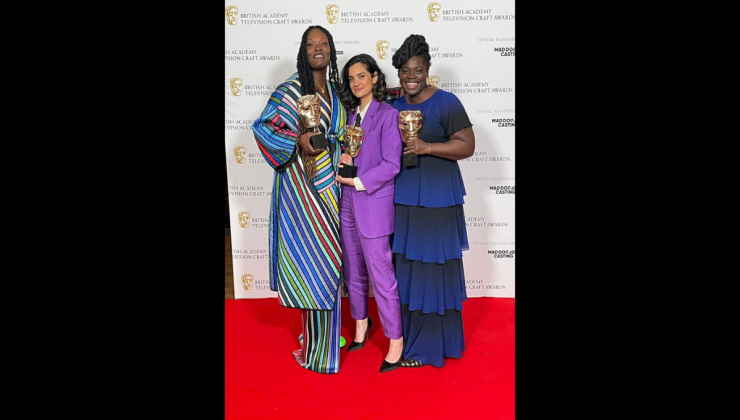