Three British creatives are among 10 Muslim directors and writers picked for an international mentoring programme co-created by actor Riz Ahmed.

As part of the inaugural Pillars Artist Fellowship, director Myriam Raja, writer-director Fateme Ahmadi and Karim Khan will each receive $25,000 and an eight-month programme of professional mentoring and development including retreats in London, New York and Lose Angeles.

They will also have access to an advisory committee of leading Muslim TV and film figures including Ahmed, We Are Lady Parts creator Nida Manzoor; director Yann Demange; Marvel Studios executive Sana Amanat; and Jehane Noujaim, the Egyptian-American director of Bafta-nominated doc The Great Hack.

The Fellowship was developed by the Pillars Fund, a US-based investor promoting equality and inclusion for Muslims, with Ahmed and his production company Left Handed Films, to improve Muslim representation in all genres of film and TV.

The initiative is backed by Netflix, Amazon Studios, A24 and Warner Media.

Raja was Bafta-nominated for her NFTS graduation short Azaar, which she is developing as a full-length feature with Film 4 and has also directed Netflix series Top Boy and a music video for Ahmed.

Ahmadi is a London Film School graduate and BIFA-nominated writer-director whose debut feature Daughter of Eden is currently in development with the BFI Film Fund.

Khan graduated from the NFTS screenwriting programme with a Channel 4 and Toledo scholarship. He now writing an episode of Channel 5’s All Creatures Great and Small and is on the writers’ room teams of several BBC shows in development.

For details of the full list of 10 fellows, and for details of how to apply for next year’s scheme, visit here 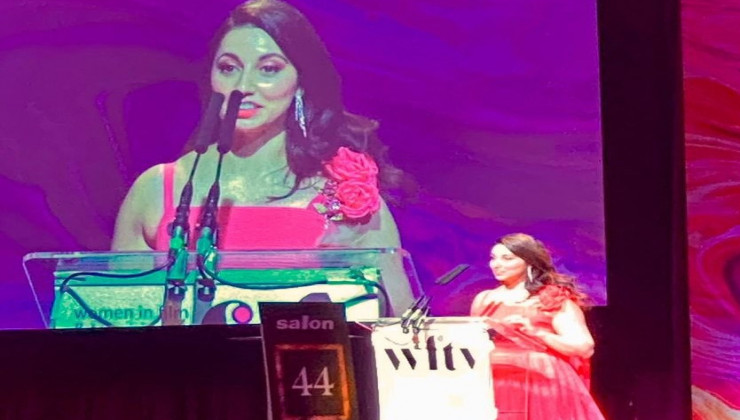