How I became a Researcher

Anna Keel began her career with a 4 week placement at the BBC, and has since gone on to become a successful self- shooting PD, whose credits include a number of acclaimed one-off documentaries. Anna teaches the 'Essential Skills for TV Researchers' course with DV Talent.


When I got my first proper job as a researcher I’ll admit I wasn’t fully aware of what was expected of me. In my previous jobs as a PA to an executive producer and then a junior researcher on a small music show, I’d seen researchers research; I’d seen runners run and that was about it. I knew the basics of how to set up a shoot and I was naturally good at finding facts and people, so I got off to a reasonably good start. However, once we got on location I’m afraid to say I did a pretty terrible job.

We were away filming in Germany in a WW2 concentration camp. The crew consisted of myself, the director and a cameraman. Everything felt very relaxed, friendly and collaborative and it was great to see all the locations and people I’d set up for interviews coming together.

At around lunch time, on the first day in the camp, my director tasked me with driving off to find some sandwiches. Off I went with no Satnav, no map, and very limited driving experience feeling a little bit daunted. After struggling to find the exit I eventually wound down the window and attempted some GCSE German, but was unable to understand the answer. Once I finally found the exit I realised we were fairly far from civilization and I had no idea which fork in the road led to the nearest village. Feeling defeated, I drove back to the crew empty handed, admitting I’d got lost and couldn’t find anywhere to buy lunch. The director was just crossing off his final shots for the morning and I thought nothing of him taking the car keys, smiling and saying “I’ll go”. He came back with a bag full of baguettes which we sat and ate before continuing with the shoot.

Our next location was Hungary. We met up with an expert in Budapest who I was proud to have found because he was a world authority on Attila the Hun. The man’s English was pretty poor. He pronounced “horses” as “hoses” and “witches “as “switches”. After the interview we all had a little laugh about this and carried on with our day.

All in all it was a fun shoot. We got on well, had nice dinners, fun drives and even went clubbing on our last night.

Oh how blissfully unaware I was of all my mistakes.

A few days later, back in the UK, I was sitting in the office happily researching our next programme when a secretary told me I’d been summoned to see The Head of Production in her office along with my Production Manager. It transpired that my director had complained to them that I was too inexperienced for the job and didn’t seem to know what was expected of me. I didn’t take responsibility for getting the lunches, didn’t think of getting everyone hot drinks when they were filming in the cold and the expert I’d found was unusable. I was horrified and thought I was about to be fired. Extremely luckily for me, the lovely Head of Production told me that she herself was at fault for not sitting me down when I joined the company to talk through what being a researcher actually entails. The two of them went on to tell me almost every element of the job, and continued to school me through the rest of the production.

I will never forget that meeting, or what she told me about being a researcher, and much of it has formed the basis of this course. Her advice to me was based on the gold standard of staff researchers who had been thoroughly trained by The BBC.

There was a time when being a researcher in Television was an end goal in itself. There were researchers at The BBC in their forties and fifties who were extremely proud of the title and brilliant at their jobs. Now it seems that many people see it as a brief stepping stone on the route to being a producer or director. There is absolutely nothing wrong with having those ambitions, but I believe this impatience with climbing the career ladder has led to the standards of researchers dropping. This was part of the reason I wanted to run this training course. 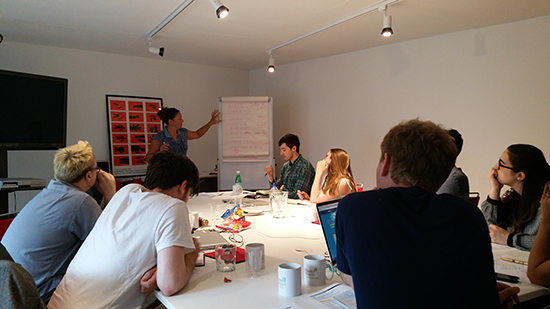 I am forever indebted to the company who helped me on my way to being the best researcher I could possibly be, and very few companies will have the time or resources to do that. Often you are expected to hit the ground running and if you can’t do what’s expected you could find yourself on very dodgy ground. Some of the things you will learn on this course will put you head and shoulders above many researchers in TV. I enjoy being able to share what I’ve learnt over the past 18 years in an industry I continue to love, through all its ever developing evolutions, and hope that you’ll enjoy taking part.