TV Careers: How Dyslexia helped me

My name is James Hill and I am 26 years old. I struggled with severe dyslexia throughout my academic upbringing and had no idea what I was going to do for work.

With the help of industry training I’m now a shooting PD, working on multiple shows across different countries including Discovery Channel’s highest rated show ‘Gold Rush’ (first time at the age of 24, one of the youngest people they have had in that position), and even filmed with the badminton team of my secondary school for one of the BBC’s highest rated shows 'Eat Well For Less'.

Growing up I always loved English because of the stories one can enjoy and tell, but obviously continually struggled with it. I was hoping to go on to do English at university but after getting an E grade on my AS level exam, I realised that it wouldn't be possible. I did however realise that I enjoyed Psychology as you were getting to the core of any story; people, as well as gaining a better understanding of dyslexia.

I was able to just scrape by a passing grade at A level (had to ring my university and beg them to let me in) to do a Psychology degree. I pushed through the academic aspects of my degree, learning more and more about people and society. I finished my degree with a dissertation on how stress can affect the symptoms of dyslexia. 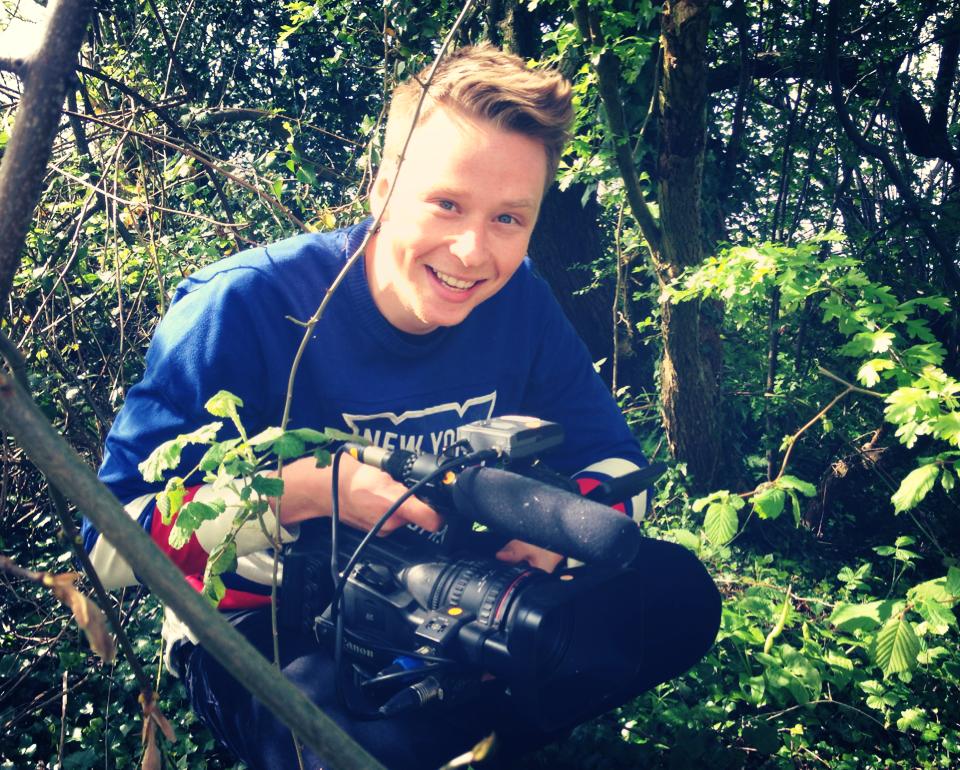 While I was growing up I had always messed around with my family's old camcorder, making videos with my friends and editing little movies by playing the camcorder through the TV and quickly pressing record and stop on a VHS player. This carried on and developed through uni and I eventually worked for free as an intern at a few television companies, crashing on friends’ couches and eating a lot of pasta, which lead to an entry level paid position as a Runner.

One day I was assisting a shooting Producer & Director who kindly showed me how the XF305 camera worked. I practised his lessons every time I could, evenings and weekends. The company saw my passion and sent me on one of DV Talent’s camera courses which taught me how to shoot. As I continued with the show, they allowed me to recce potential contributors. I was amazed and elated as I discovered I was able to tell stories through questions and a lens rather than a pen and paper. 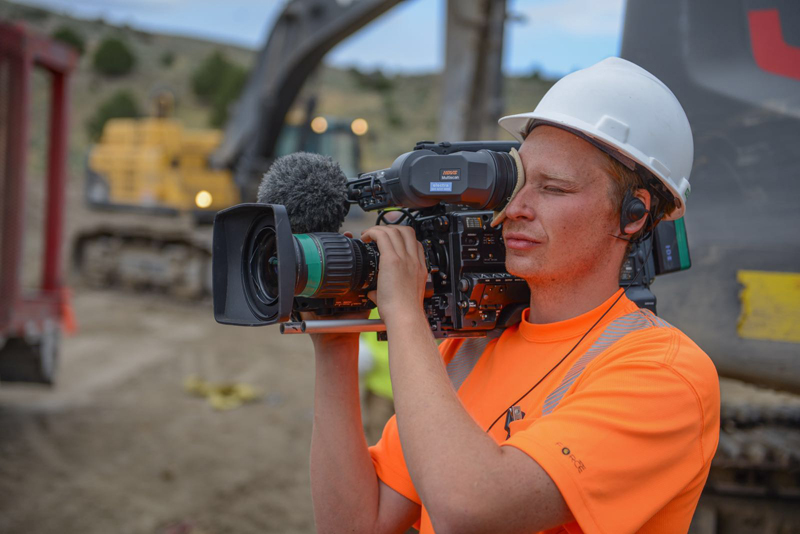 My dyslexia was no longer something I was struggling with, but I truly believe allowed me to see things in a way that others wouldn’t or couldn’t. This was recognised early on and I was quickly given the opportunity to produce, direct and shoot my own stories.

I have been doing this for a few years now, finding myself on construction sites, eco retreats to be demolished by the council, live studios, gold mines in the Yukon, homesteads in North Carolina and countless people’s homes and am truly blessed that every day I get to tell such a wide range of stories.

My advice for people who want to progress in the industry is get stuck in. People want to progress quickly and are always chasing the next title jump, but you can learn so much in every position if you take the initiative and show you are keen.

Don’t be afraid to ask questions.

There is sometimes the feeling that you need to fake it till you make it, but I would say the opposite. If someone uses a term or abbreviation you haven’t heard before, ask what it is. If you would like some advice and someone has the time, ask for it. You may worry that this will make you look bad, but there is no point going from runner to AP in six months if you haven’t learnt the foundations of what that role is.

Be mindful of your position.

Having said that, also be mindful of your position. While showing willingness to learn is great, there is a time and place. Be sure you are doing the job you are there for.

On location try your best not to get stressed, it only makes things harder. Be adaptable; forming and following a script is great, but be mindful of developing stories in the field and be willing to run with them.

On my first season on Gold Rush, I was an AP temporarily filling in for a PD. I was filming the three main contributors, when it occurred to me that a big story was developing where two of them were going to leave the third on his own to run the mine. The issue hadn’t been discussed and I imagined the miners could have some strong feelings about it.

As this piece of machinery was working well, could it be a symbol that the mine is running smoothly? Was now a good time for the miners to go prospecting? I threw the question into the mix and it lead to a great conversation between them, so good that what would have likely been a throw away conversation, became a scene that was used at the top of the prospecting episode, to set up the premise and the struggles that followed.

This wasn’t something that anyone had discussed or mentioned they were after, and I’m pretty sure was one of the main reasons I was asked to PD at such a young age the next season.

For those with Dyslexia...

I’d really like to emphasise that what others will see as a disadvantage is exactly the opposite. It’s subtle but you have a different way of looking at the world. With experience, you can likely connect stories and see patterns in narrative where others may not.

People with dyslexia are often more empathetic than others. I think this in turn allows for a more authentic connection with people and can result in a deeper understanding of their stories.

Choose tools that work for you.

It may not be everyone’s path, but picking up a camera has become an invaluable instrument for me. While notes, scripts, running orders etc. may take more work for you than it will for others, the fact you can pick up a device that can channel your creativity is a blessing.

Again, it may not be your path, but if you want to learn to shoot for broadcast, perhaps see if you can work your way into a casting role where you are able to shoot and edit your own recces. Not only will you get practice in shooting, conducting interviews and editing, but when you are editing the footage and frustrated about a missing shot, you realise you're the one that missed it, and you won't make that mistake again.