The call came in the middle of a particularly complex edit, just as music was being finalised and commentary adjusted. The offer to make a series of films without either was un-turndownable.

The brief was to approach the construction of three utilitarian objects with cinematic ambition, and within reason, any kit. Clause two was to try to emulate the sort of narrative that was captivating Scandinavian audiences, prosaic events unfolding at glacial pace. I watched six-hour single-shot boat journeys, complicated cardies being knitted in close-up. A log fire, endlessly looped. 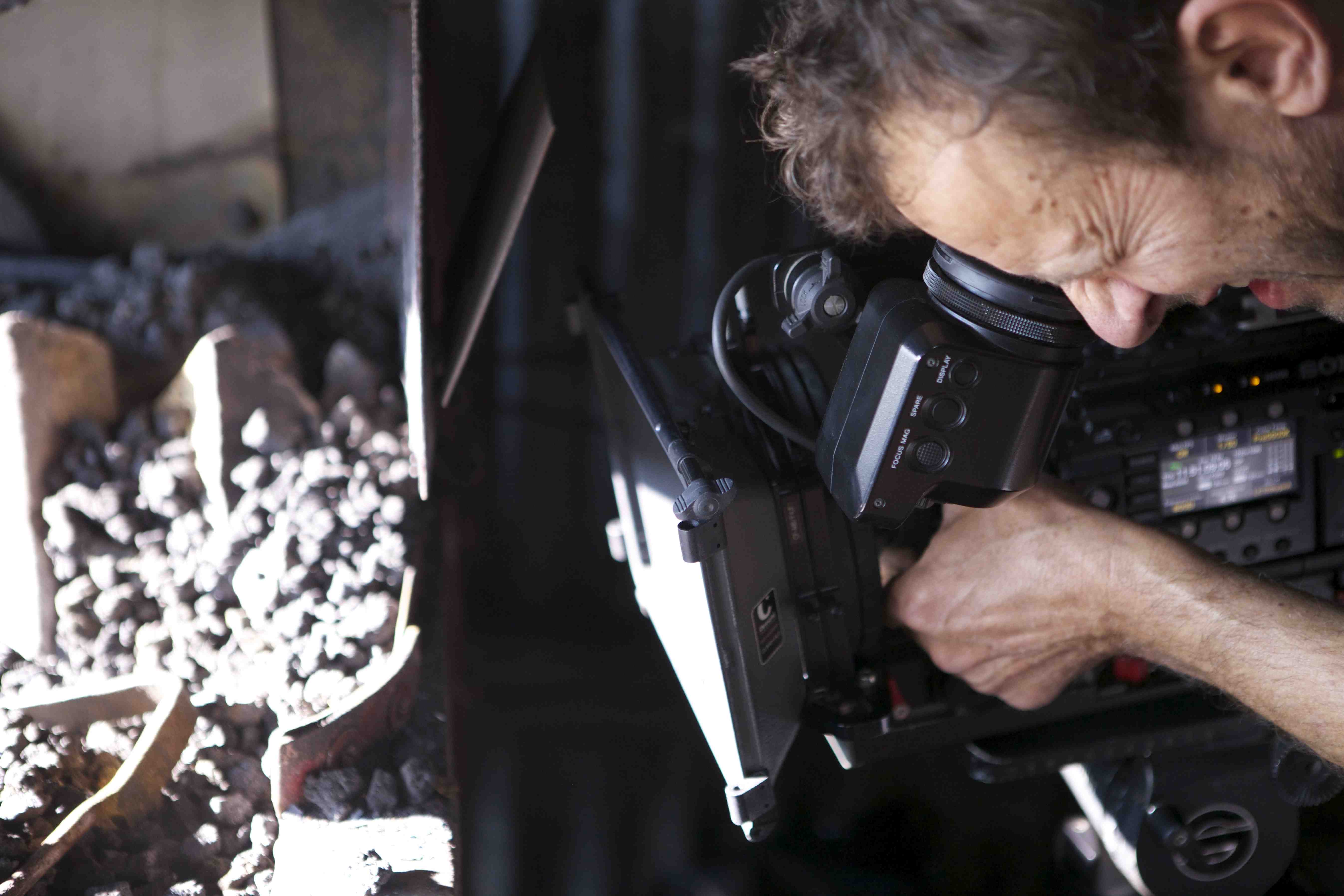 Warming to our task, I gleefully imposed rules: no shot less than eight seconds, all the action to come to the frame, images to be held long after that action had ended.

With only sound and vision to tell our stories with, the recces were exhaustive. The three artisan subjects showed me their process, and then, often as not, were surprised by elements they’d never identified, actions that had always been carried out instinctively.

Every process was broken down and observed minutely, each transition story-boarded. Then came the technical recces. Film recordist David Harcombe sewed microphones into trouser turn-ups. DoP Andrew Muggleton deployed mirrors to get shots from positions no camera could reach. 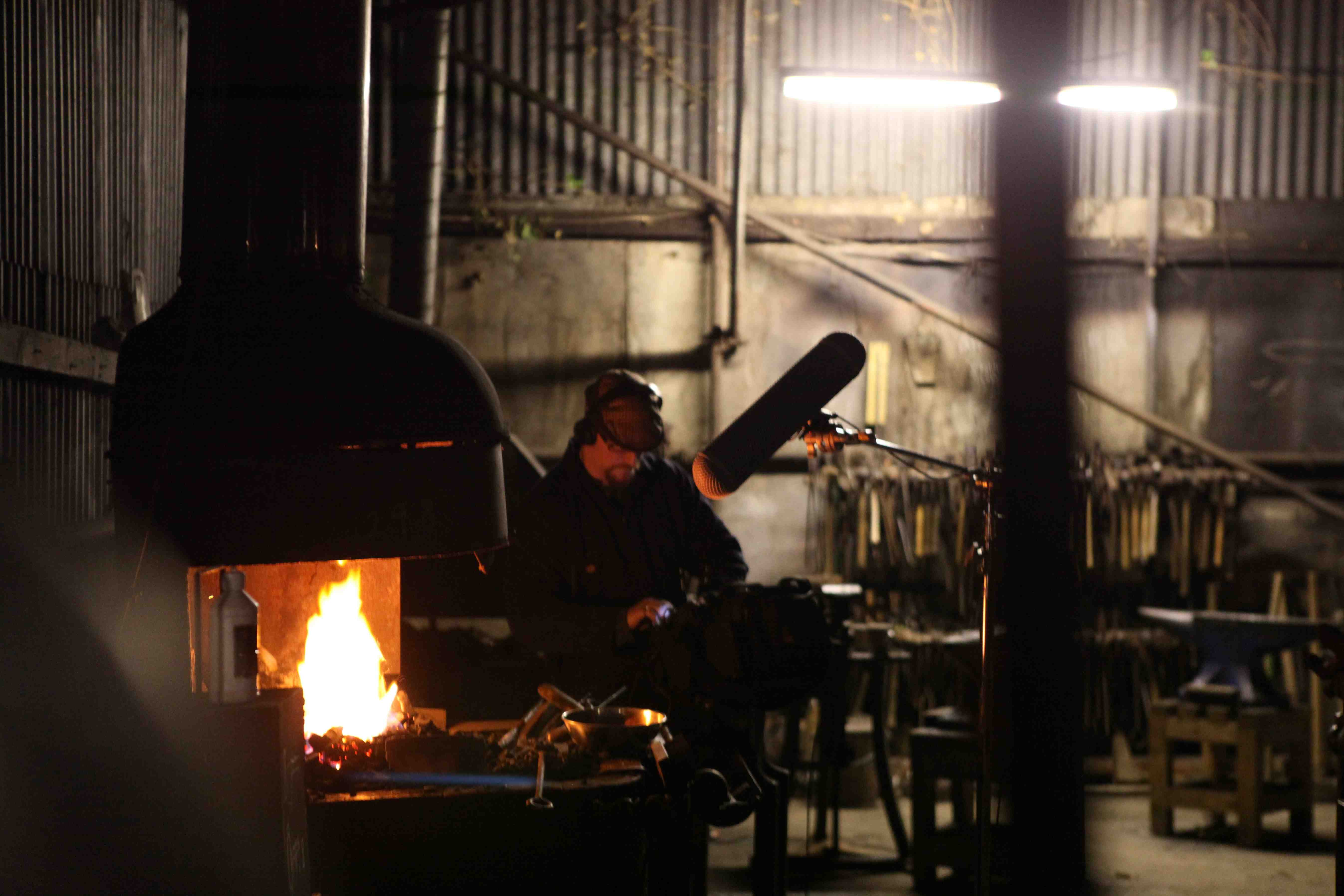 When it began, shooting moved at drama speed. On day two of Metal we managed a dozen shots before twilight. The aim of this frenzied activity was to lull viewers into a sort of transcendental state, the effect of seeing and hearing energy expended and beauty produced being, we hoped, mesmeric.

Each film had to accurately chronicle a process while invisibly telescoping it. It took six days going flat-out to make a comfy chair for Wood, and countless hours of agonizing editing to sand it down to thirty minutes. The jug made in Glass was Nirvana – a task that took almost exactly twenty-nine minutes – and only four days to shoot.

The chance to revisit the place we all begin – breaking down sequences of actions into single shots was a joy. Working in the way our ancestors did, the frame un-moving, the progress slow, cutting for the action but also for its aftermath was transformative. Returning to the four-second shot, the library tracks and the dense commentary was like coming home from holiday. 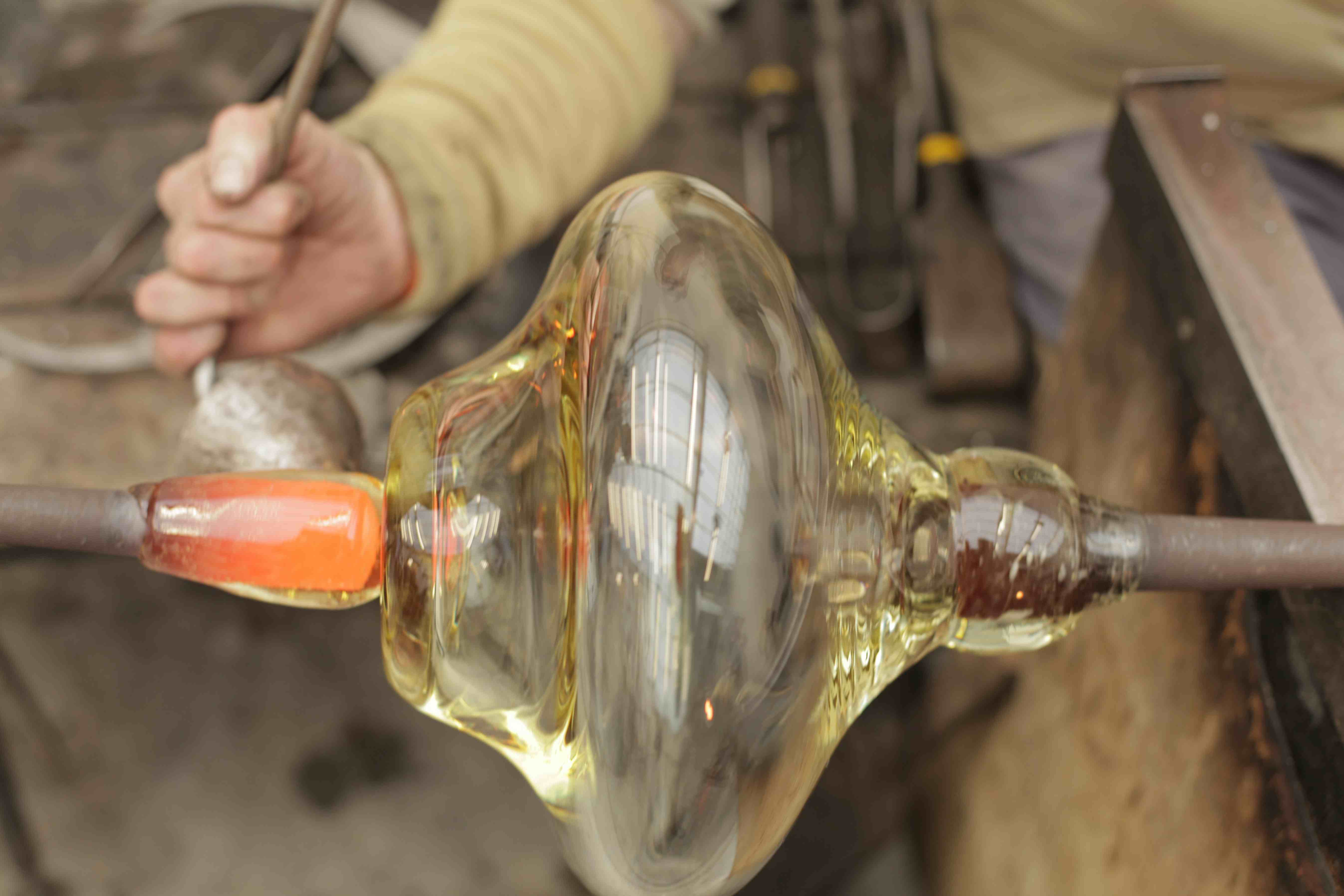 Handmade - Glass is nominated for Best Arts Documentary at The Grierson Awards 2016.