Finding a Place in Reality TV: Being a Senior Challenge Producer

I'm screaming and snotting on myself on a couch, strapped in with my fellow ‘passengers’ or rather I should say my colleagues. The execs watch through chicken wire as the director pokes a camera through one of the windows to get a better shot.

I HATE YOU ALL. My eyes are tightly closed but I can feel them all around me and I swear one is moving up my leg and now it's behind my back. I open my eyes and it's not one of them, it's dozens of them - SNAKES! I know I need to pull through this I'm A Celebrity Get Me Out Of Here challenge, appropriately titled 'Roach Trip', because if I can’t, then how can I make anyone else endure it? 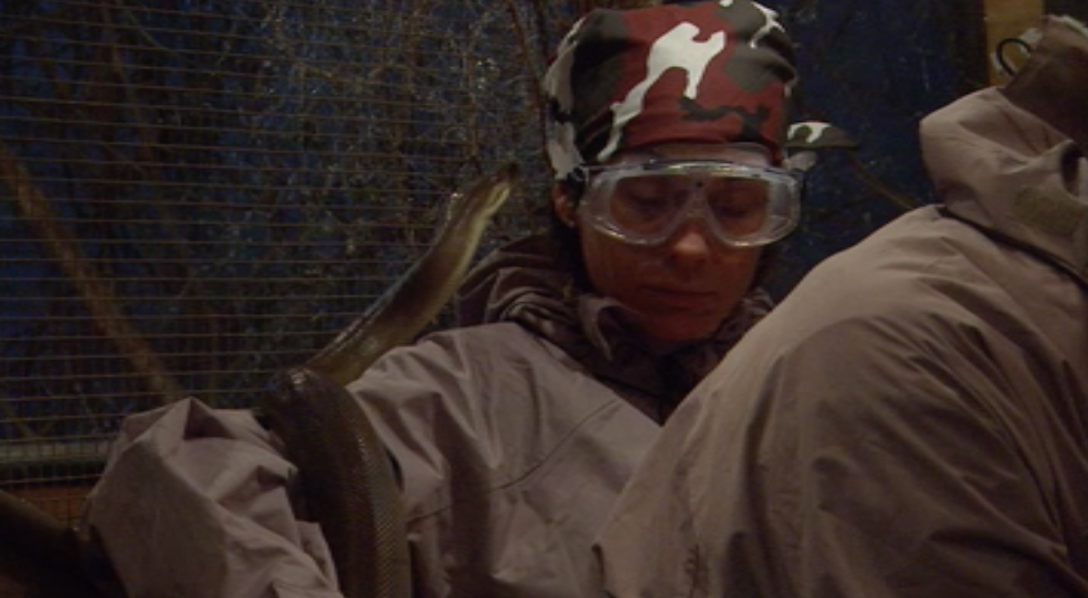 It comes as a shock to quite a few people that any challenge we ever do for I’m A Celebrity has been tested countless times to make sure it works and is safe. I am a human crash test dummy and I wouldn't have it any other way! 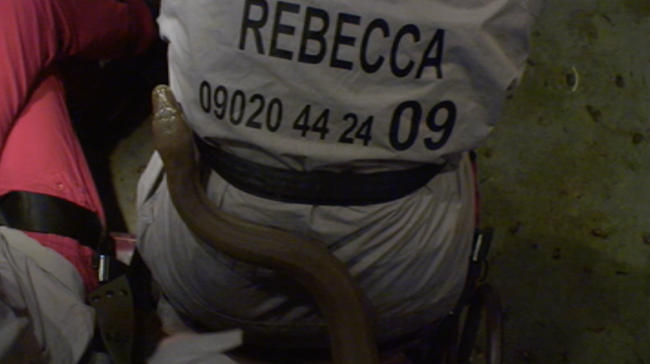 Finding a place in reality TV

There are so many different jobs in the reality TV field, from Story, Art, Gallery and Edit Producing to Directing, and the best way to get into the genre is usually as a Runner or Logger. When I started out in TV I didn't know games teams existed but I knew I wanted to work in a creative and ideas-based environment. I worked in a few development departments, but it was frustrating pouring my heart and soul into creating formats that sadly sometimes just wouldn't get commissioned. Then when I heard about games from a colleague, it was like fireworks going off in my head. Games = development, but you can have an idea, get it signed off on the spot, designed, built, tested and filmed to TX the next day. Miracles do happen. I was in there like a shot applying to any talent managers I knew and asking friends for contacts, stalking credits, trying to work out email addresses that I could send my CV to, checking out social media TV job sites like The Talent Manager, The Unit List etc. Eventually I got a job in the task team at Big Brother and I’ve never looked back.

Reality TV is a genre that has naturally progressed over the years and, for me, has never grown old. Take the juggernaut that is Big Brother for example. I remember my brother telling me at the dinner table about this ground-breaking concept. My family tuned in and saw the amazing Nasty Nick writing notes and failing an army assault course task while he was lying about being in the Territorial Army to his fellow housemates. I was hooked and would make sure I was right there in front of the TV whenever it was on.

Looking back at those memorable moments, they look and feel dated, which of course they should as they capture that moment in time. However, you tune into Big Brother now and there can be multiple tasks in a day driving stories, the cast are exciting to watch and the house itself looks totally different every time. Big Brother has naturally evolved to stay on trend and reflect our society today.

Reality TV itself has moved on in so many different ways too and that’s one of the reasons why it is still such a successful genre. I have recently been working on the revamped Love Island, which tore up the format schedules and left the show running orders empty, making it completely reactive to generated content. The whole series was based on a ‘bible’ of format challenges that the execs could throw in at any time to complement and accelerate the storylines going on in the villa.

Explosive 'must watch at the time' moments are key

With audiences watching so many shows on demand now, broadcasters want to find ways to make sure that viewers watch shows when they transmit, so explosive 'must watch at the time' moments are key. A great example of this on Love Island was Malin coming back to confront Terry. That was one of the highest rating shows of the series and purely for the FOMO factor. It was going to be a moment people were talking about on the way to work in the morning and so you had to watch it as soon as it aired and have your say on Twitter before it was ruined for you.

One of my favourite challenges I’ve ever produced was called ‘Mugged Off’ on Love Island. It’s simple to understand, topical and drives story by making the cast confront one another.

Reality shows on and off screen are maximum pace, in your face and you never know what might happen – like Yvette Fielding explaining why she had to put knickers on her head for protection.

Like what you hear? Want to know more about getting work in reality TV? Becky Crosthwaite will be speaking at the RTS Futures event ‘The Reality of Reality TV’ on Monday 5 September. To find out more or to book a place visit the RTS website.

Becky Crosthwaite is Senior Challenge Producer at ITV Studios, working on programmes like I'm a Celebrity and Love Island. You can catch her speaking at the next RTS Futures event. Tickets here.