Channel 4 and the BBC have both pledged to confront the “utterly dismaying” and “shameful” treatment of disabled people working in TV after hearing several creatives’ testimonies.

Speaking on a panel during Channel 4’s Inclusion Festival, which presented video interviews with senior disabled workers talking about bullied and mistreated, BBC director of unscripted Kate Phillips said she had “naively” thought conditions were getting better for disabled people.

Phillips said she was "really shocked after watching the film, which included woman talking about the time she was left for hours after she vomited on set. The exec revealed that everyone working on this year's Strictly Come Dancing received training that had been tailored to the needs of former contestant, the Paralympian Ellie Simmonds.

Fellow panellist, Deaf and Disabled People co-director Caroline O’Neill, stated that some of the harassment that deaf, disabled and neurodiverse people face could be classed as hate crimes.

Writer and actor David Proud, who uses a wheelchair [pictured left in the photo, talking on set to fellow actors Ruth Madeley and Laurie Davidson] said the experiences described were the “tip of the iceberg”.

Proud described how on one production, he was made to crawl to a bathroom in front of the whole cast.

He said he no longer described himself as a “disabled writer” because of the limitations this was putting on the opportunities offered to him.

Phillips said the industry needs to have more “open conversations” early on in productions, saying she wanted someone to name and shame the employers responsible for the incidents mentioned in the film.

C4 chief content officer Ian Katz said the testimonies showed that despite a “real awakening and collective effort” to improve access and inclusion, the TV industry has “miles and miles to go and is not nearly good enough”.

He said that in two cases, disabled talent had talked to him directly about their experiences and said it was important to call out bad behaviour.

“We won’t work with those who don’t work considerately with all kinds of people.”

His sentiments were echoed in as separate session with C4 chief executive Alex Mahon, who described disability inclusion as the “next frontier” for the TV industry.

As well as spelling out expectations in its disability code of control, C4 is training people specifically to understand and address access requirements, particularly on set.

The comments follow this week’s publication of a Creative Access report that found that only a third of disabled creatives felt their employer had a supportive and inclusive culture, and a similar number felt they felt confident in progressing their career.

Disability advocate Sophie Morgan, who interviewed Mahon for the session, described as a “game changer” her own decision to feature her support worker on-screen in an upcoming show.

“Breaking that wall and explaining how I work as disabled talent was really empowering to put on-screen and speaks to the importance of authentic representation,” she said.

“I’m grateful for it being there as a way for us all to be able to talk to one another about how we put disability on-screen.”

C4 and Prime Video are inviting submissions for their Access Project industry survey until tomorrow (2 December). 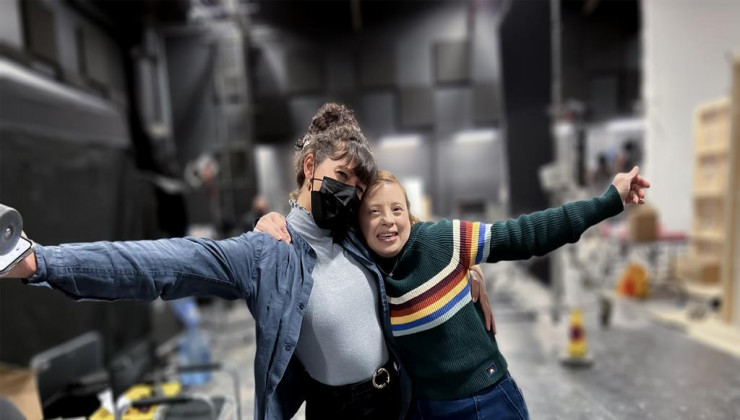 Disabled creatives: stop freezing us out