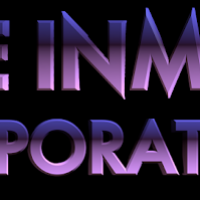 Andrew, Steve and Tim - the Dawson Bros. - are comedy writers who have worked on a variety of narrative, sketch and entertainment shows. They were on-set writers and co-producers on Judd Apatow's 2022 movie "The Bubble", and have recently written screenplays for Working Title and Archery Pictures. Alongside David Walliams they wrote and created "After Ever After", a franchise of fairytale sequels for Sky.

Over the last fifteen years the prolific trio have written on a wide range of award-winning narrative and entertainment shows including:
the multi-award winning Ant & Dec's Saturday Night Takeaway, BBC One's hit sitcom 'Big School', the Banff-nominated sketch show Dawson Bros. Funtime, the BAFTA nominated The Peter Serafinowicz Show, the critically-acclaimed 'Urban Myths: The Trial of Joan Collins', the BAFTA winning That Mitchell And Webb Look and The One Ronnie - their 'Blackberry Sketch' was the BBC's most-watched YouTube clip for more than three years. In 2014 they successfully sold a pilot script to Warner Bros. and NBC in the USA.

If you've worked for The Inman Corporation, add credits to your profile to appear here.

There are currently no jobs listed by The Inman Corporation