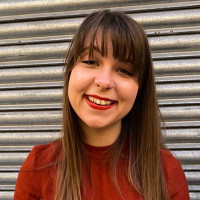 Available from Monday 5th July 2021.Over the last six months I have been given opportunities to direct on the BAFTA-winning ITV series 'Long Lost Family' reuniting long-lost family members. Experience includes directing one-side of four reunions for the BAFTA-winning fact-end series (including a shoot abroad), a life-changing day for t... Read More

Over the last six months I have been given opportunities to direct on the BAFTA-winning ITV series 'Long Lost Family' reuniting long-lost family members. Experience includes directing one-side of four reunions for the BAFTA-winning fact-end series (including a shoot abroad), a life-changing day for the contributors made-up of interviews, actuality sequences and the reunion itself, plus the searcher’s side of my own story. On the latter I took full responsibility for the story writing the script, interview questions, presenter notes, shot lists, schedules and RA. I directed a sensitive master interview, backstory sequences and a presenter day.

I am a highly motivated individual with experience of casting, researching, producing, directing and delivering a range of productions, from broadcast, to short films and documentary features. I pride myself in my communication and organisational skills and am confident in my ability to meet deadlines.

At present, I am an Assistant Producer on the BAFTA-winning primetime series 'Long Lost Family' where I have started to gain directing experience. Previously I was an Assistant Producer on the spin-off show 'Long Lost Family: What Happened Next' and a Casting Producer for a potential pilot exploring stories of love and separation. My Researcher credits include 'The Unknown Soldiers', an ITV documentary following the Joint Casualty and Compassionate Centre as they work to identify missing soldiers from the First and Second World War and a twins special of the award-winning series 'Long Lost Family'.

Previously I was at Blink Films, where I was a Researcher on a BBC pilot entitled 'The Search'. This job involved pro-active casting, gaining sensitive access to people who had experienced conflict, such as the Bosnian War, Second World War and 'the Troubles' in Ireland, and conducting research to track down those who had a significant impact on these people, through tools such as Ancestry. I have worked as a Researcher on two series of 'Long Lost Family', have an understanding of production, through my previous role as a Production Coordinator and have produced and directed a number of short films. I am experienced in working one-on-one with directors, am confident setting-up shoots and am editorially-minded.

I have received Arts Council England funding, two Ignition Random Acts Network Centre Commissions in partnership with the Arts Council and Screen South, have been awarded Screen South’s Ignition Catalyst Fund and independently produced a documentary on the Cairngorm Mountain Rescue Team which screened at Sheffield Doc/Fest and was supported by Creative England's iShorts programme. My previous documentary won the IMDB New Filmmaker Award at Bath Film Festival and I graduated from the University for the Creative Arts in 2013 with a first-class honours BA in Film Production. Most recently I have co-directed and produced a short documentary on human-trafficking within the sex industry and my film 'Twenty, Forty, Sixty' was Highly Commended in the Best Documentary category at Women Over 50 Film Festival. Read Less